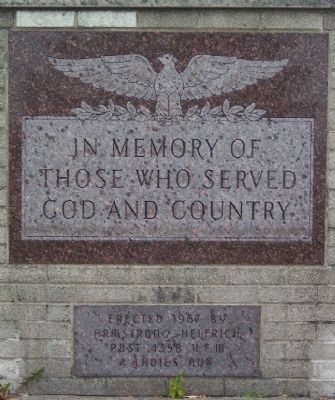 In memory of those who served God and Country. 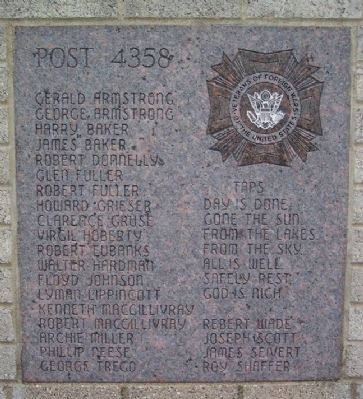 Click or scan to see
this page online
1967 by Armstrong Helfrich Post 4358, Veterans of Foreign Wars, and Ladies Auxiliary.

Topics. This historical marker and memorial is listed in these topic lists: Military • Patriots & Patriotism.

Location. 39° 59.462′ N, 83° 56.944′ W. Marker is in North Hampton, Ohio, in Clark County. Marker is on Troy Road (Ohio Route 41) ¼ mile west of Dialton Road, on the right when traveling west. Memorial is on the grounds of park next to the village offices. Touch for map. Marker is in this post office area: North Hampton OH 45349, United States of America. Touch for directions. 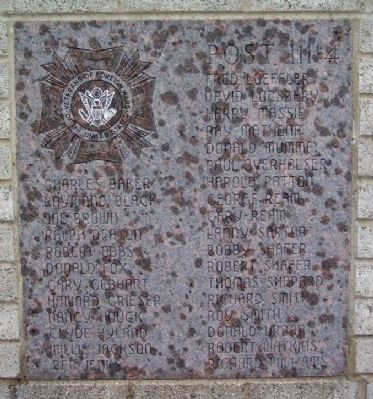 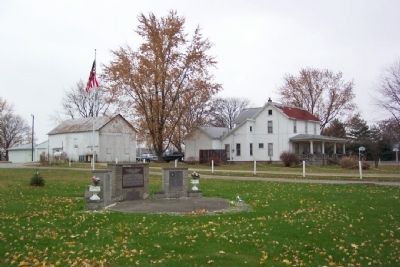