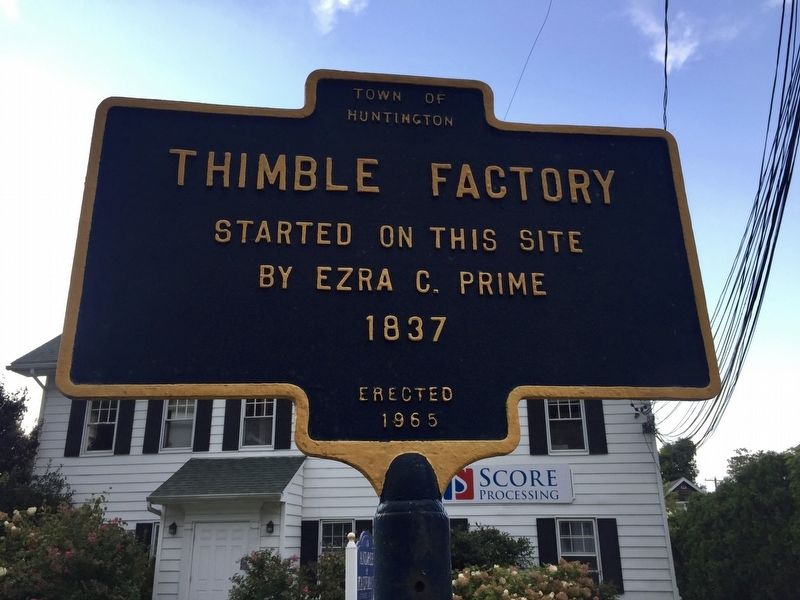 Photographed By Andrew Ruppenstein, September 4, 2019
1. Thimble Factory Marker
Inscription.
Thimble Factory. .
Started on this site by Ezra C. Prime 1837 . . This historical marker was erected in 1965 by Town of Huntington. It is in Huntington in Suffolk County New York

Erected 1965 by Town of Huntington.

Topics. This historical marker is listed in this topic list: Industry & Commerce. A significant historical year for this entry is 1837. 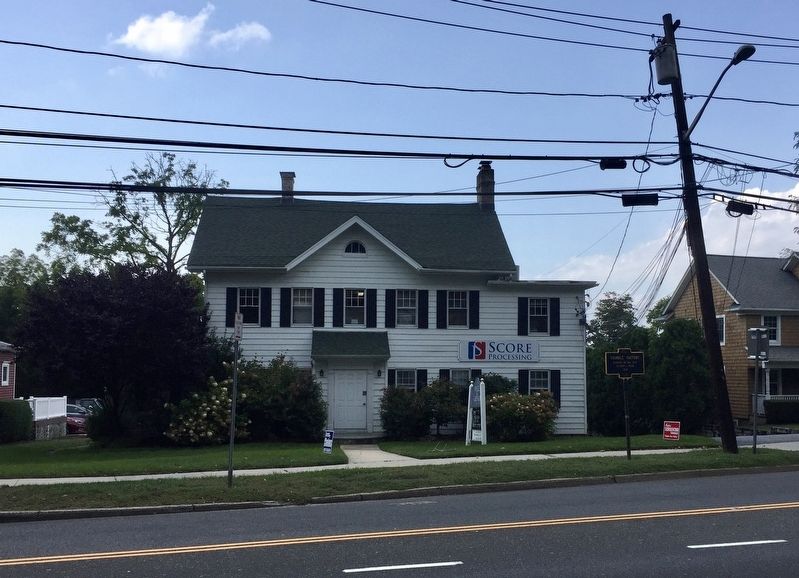 Click or scan to see
this page online
. "...According to the Long Islander, Huntington, February 26, 1898, Ezra C. Prime "was probably the oldest thimble manufacturer in the United States." Although Ezra was born in New York in 1810, his father Ebenezer was a native of Huntington where the family was deep-rooted and included the Long Island historian, Nathaniel S. Prime. Ezra moved to Huntington with his parents when he was four years old and attended the local school until he was sixteen. Returning to Huntington when still a young man, he established the thimble factory, described as one of the largest in the country, in 1836. He operated it for forty years and died at the age of 88 at the Brunswick Home in Amityville." (Submitted on September 6, 2019.)
Credits. This page was last revised on September 6, 2019. It was originally submitted on September 6, 2019, by Andrew Ruppenstein of Sacramento, California. This page has been viewed 173 times since then and 28 times this year. Photos:   1, 2. submitted on September 6, 2019, by Andrew Ruppenstein of Sacramento, California.
Share this page.