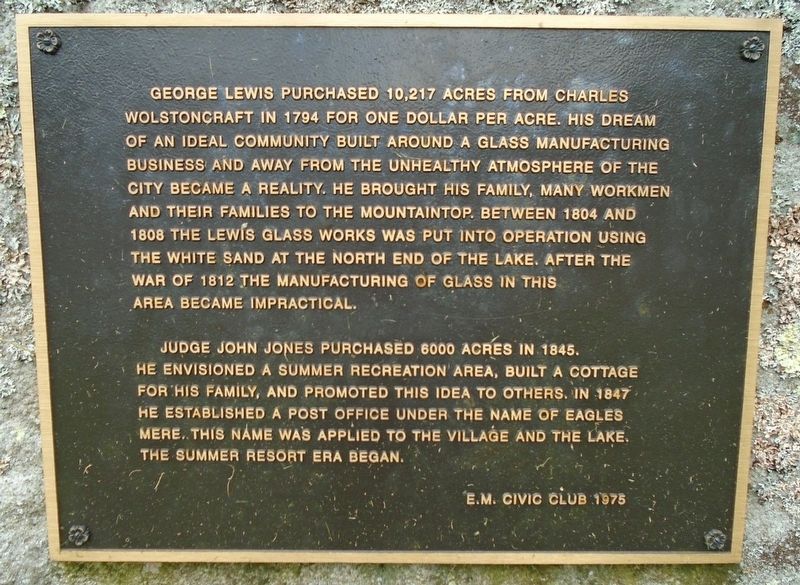 George Lewis purchased 10,217 acres from Charles Wolstoncraft in 1794 for one dollar per acre. His dream of an ideal community built around a glass manufacturing business and away from the unhealthy atmosphere of the city became a reality. He brought his family, many workmen and their families to the mountaintop. Between 1804 and 1808 the Lewis Glass Works was put into operation using the white sand at the north end of the lake. After the War of 18 12 the manufacturing of glass in this area became impractical.

Judge John Jones purchased 6000 acres in 1845. He envisioned a summer recreation area, built a cottage for his family, and promoted this idea to others. In 1847 he established a post office under the name of Eagles Mere. This name was applied to the village and the lake. The summer resort era began. . This historical marker was erected in 1975 by Eagles Mere Civic Club. It is in Eagles Mere in Sullivan County Pennsylvania