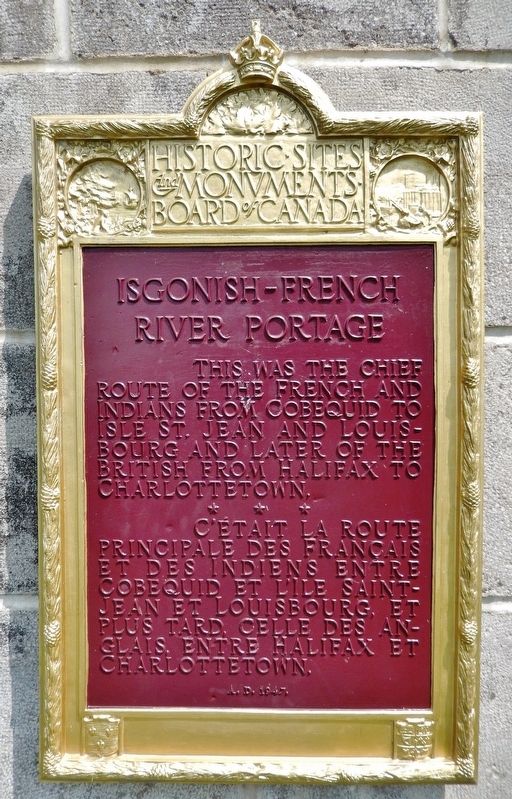 By Cosmos Mariner, July 27, 2019
1. Isgonish-French River Portage Marker
Inscription.
English: . This was the chief route of the French and Indians from Cobequid to Isle St. Jean and Louisbourg and later of the British from Halifax to Charlottetown. . . . This historical marker was erected in 1947 by Historic Sites and Monuments Board of Canada. It is Near Debert in Colchester County Nova Scotia