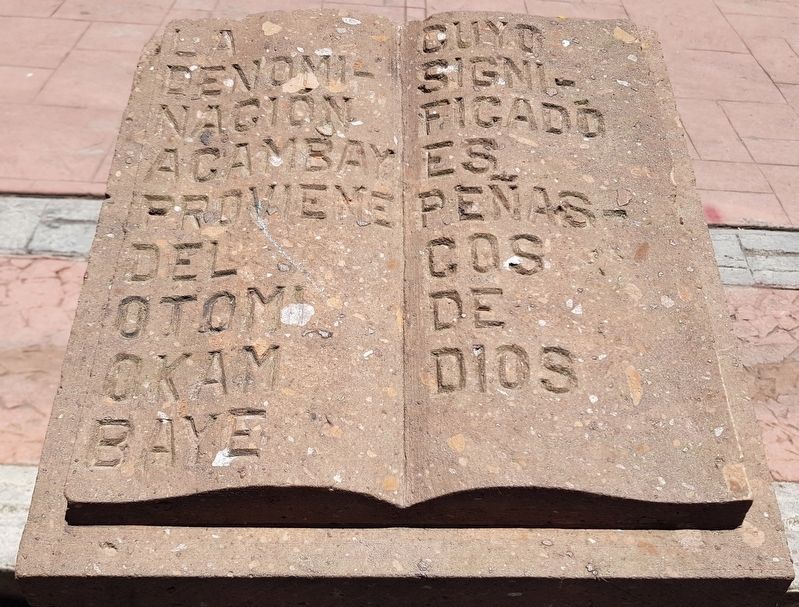 By J. Makali Bruton, September 1, 2019
1. History of Acambay Marker
The marker is made up of five short inscriptions located in the Acambay central park. This close-up shows the first of the five inscriptions.
Inscription.
English translation: . The name Acambay comes from the Otomí “Okambaye”, whose meaning is “The Rocky Cliffs of God.” . . On October 22, 1537 King Carlos V granted to Mateo de San Juan Chimalpopoca Mixcoatl the Estancia de San Miguel Acambay. . . On December 5, 1898 the illustrious Dr. Maximiliano Ruiz Castañeda was born in Acambay. . . November 19, 1912 a devastating earthquake destroyed all of the buildings in Acambay. . . In 1938 the four-sided municipal clock, an icon of Acambay's identity, was inaugurated. . This historical marker is in Acambay in Municipality of Acambay Estado de Mexico Mexico