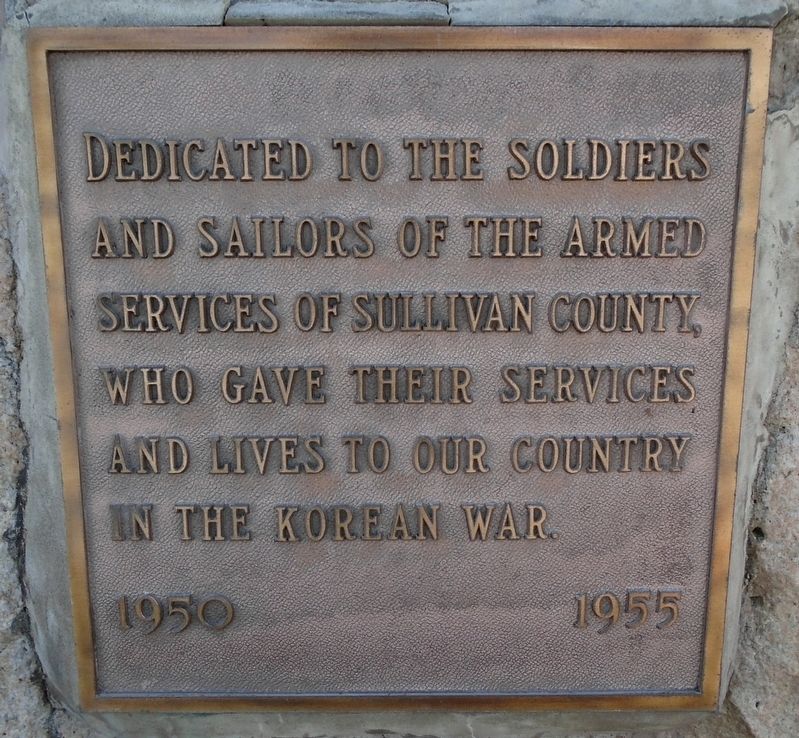 Dedicated to the Soldiers and Sailors of the Armed Services of Sullivan County, who gave their services and lives to our country in the Korean War

Location. 41° 31.424′ N, 76° 24.002′ W. Marker is in Dushore, Pennsylvania, in Sullivan County. Memorial is at the intersection of Main Street (Pennsylvania Route 87) and Turnpike Street, on the right when traveling east on Main Street. Touch for map. Marker is in this post office area: Dushore PA 18614, United States of America. Touch for directions. 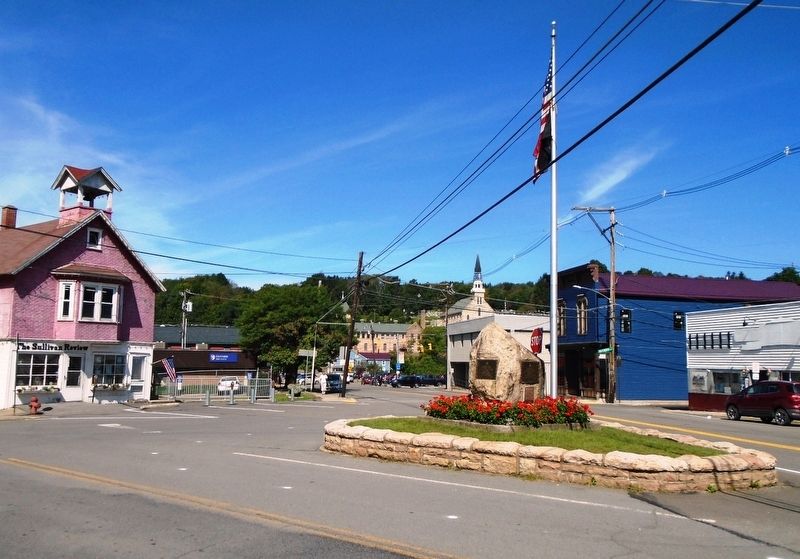