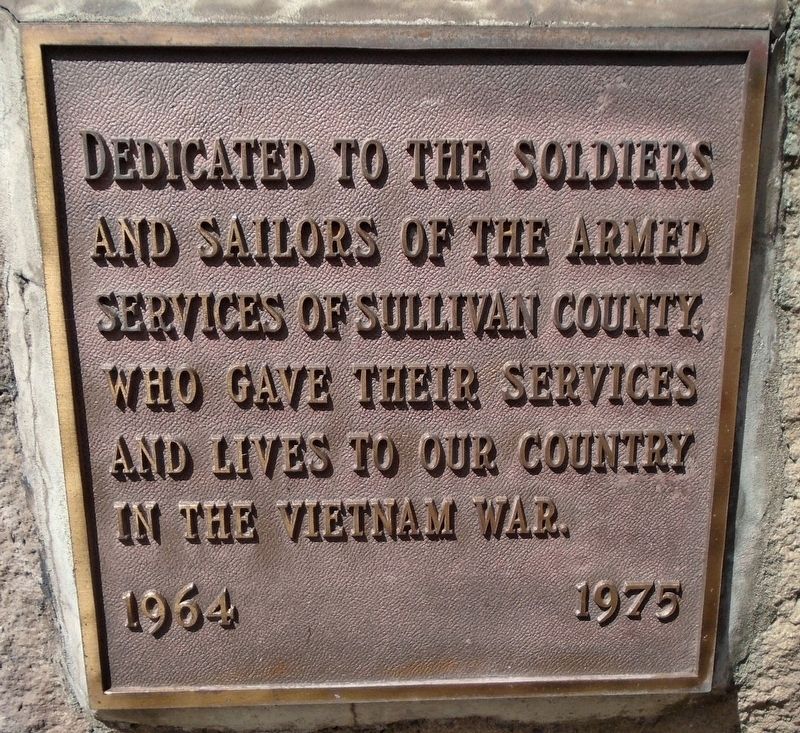 Photographed By William Fischer, Jr., August 26, 2019
1. Vietnam War Memorial
Inscription.
Dedicated to the Soldiers and Sailors of the Armed Services of Sullivan County, who gave their services and lives to our country in the Vietnam War. . This memorial is in Dushore in Sullivan County Pennsylvania