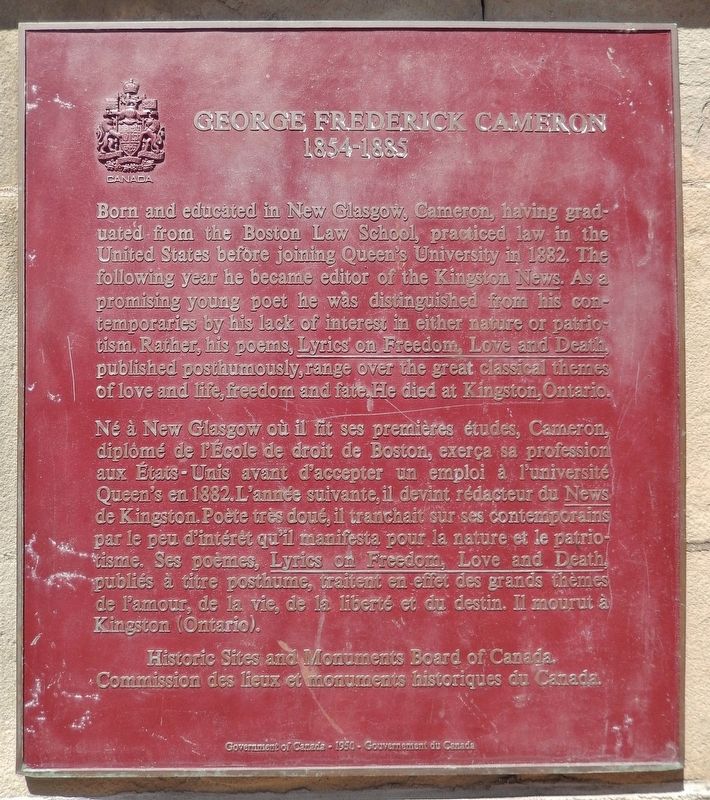 Photographed By Cosmos Mariner, July 19, 2019
1. George Frederick Cameron Marker
Inscription.
English: , Born and educated in New Glasgow, Cameron, having graduated from the Boston Law School, practiced law in the United States before joining Queen’s University in 1882. The following year he became editor of the Kingston News. As a promising young poet he was distinguished from his contemporaries by his lack of interest in either nature or patriotism. Rather, his poems, Lyrics on Freedom, Love and Death, published posthumously, range over the great classical themes of love and life, freedom and fate. He died at Kingston, Ontario. , . This historical marker was erected in 1950 by Historic Sites and Monuments Board of Canada/Commission des lieux et monuments historiques du Canada. It is in New Glasgow in Pictou County Nova Scotia