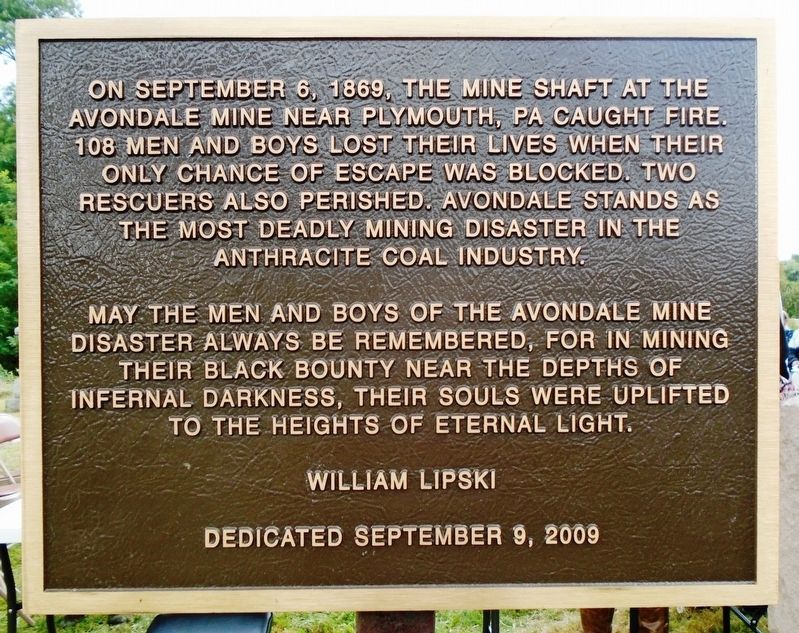 Photographed By William Fischer, Jr., September 7, 2019
1. Avondale Mine Disaster Victims Marker
Inscription.
On September 6, 1869, the mine shaft at the Avondale Mine near Plymouth, PA caught fire. 108 men and boys lost their lives when their only chance of escape was blocked. Two rescuers also perished. Avondale stands as the most deadly mining disaster in the anthracite coal industry.

May the men and boys of the Avondale Mine disaster always be remembered, for in mining their black bounty near the depths of infernal darkness, their souls were uplifted to the heights of eternal light.

. Laid to rest in nearby family plots

[The Roll of Honored Dead was unveiled on September 7, 2019]. . This historical marker was erected in 2009. It is in Scranton in Lackawanna County Pennsylvania