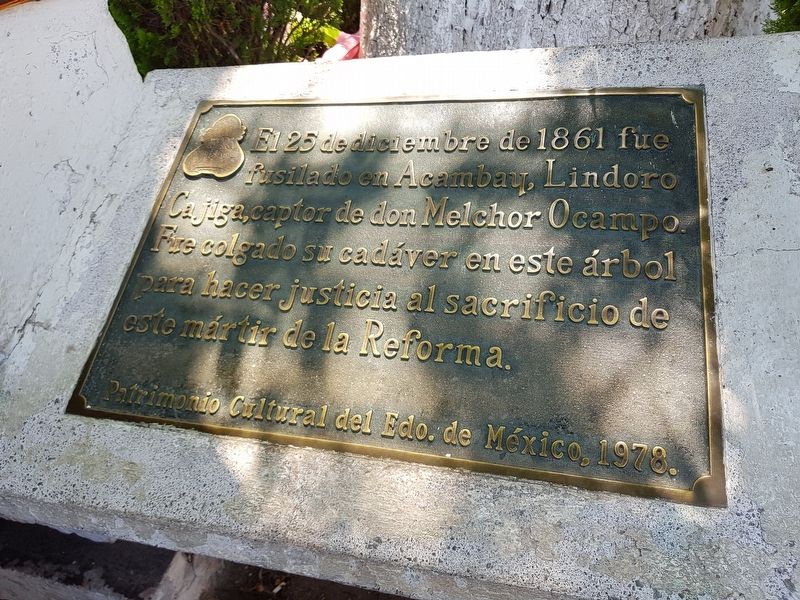 By J. Makali Bruton, September 1, 2019
1. Execution of Lindoro Cajiga Marker
Inscription.
English translation: . On December 25, 1861, Lindoro Cajiga, the capturer of Melchor Ocampo, was executed in Acambay. His body was hung on this tree as a way to bring justice to the sacrifice of Ocampo, martyr of the Reform. . Cultural Heritage of the State of Mexico, 1978. . This historical marker was erected in 1978 by Patrimonio Cultural del Estado de México. It is in Acambay in Municipality of Acambay Estado de Mexico Mexico