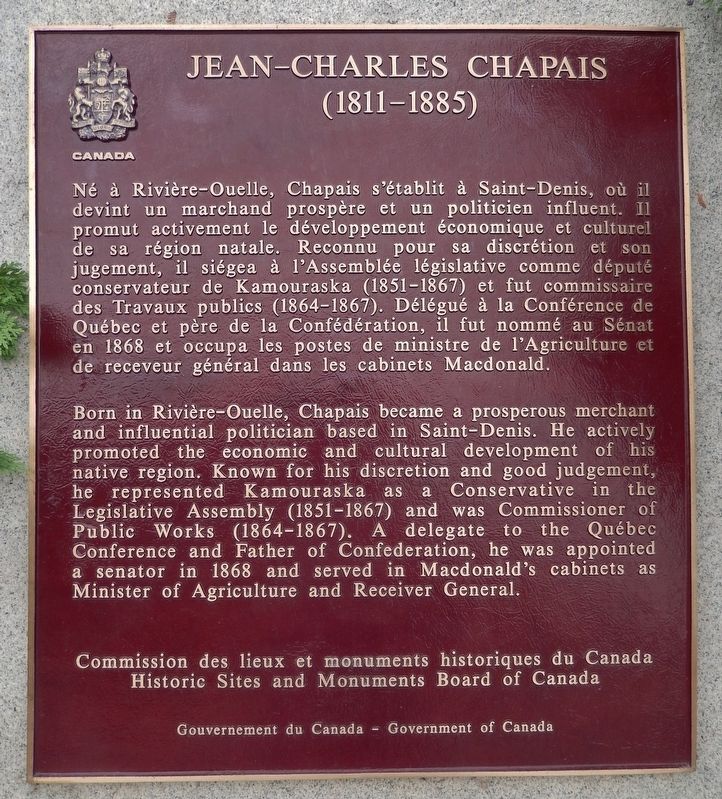 Photographed By Cosmos Mariner, August 2, 2019
1. Jean-Charles Chapais Marker
Inscription.
English: , Born in Rivière-Ouelle, Chapais became a prosperous merchant and influential politician based in Saint-Denis. He actively promoted the economic and cultural development of his native region. Known for his discretion and good judgement, he represented Kamouraska as a Conservative in the Legislative Assembly (1851-1867) and was Commissioner of Public Works (1864-1867). A delegate to the Québec Conference and Father of Confederation, he was appointed a senator in 1868 and served in Macdonald's cabinets as Minister of Agriculture and Receiver General. . This historical marker was erected by Commission des lieux et monuments historiques du Canada/Historic Sites and Monuments Board of Canada. It is in Saint-Denis-de-la-Bouteillerie in Kamouraska Québec