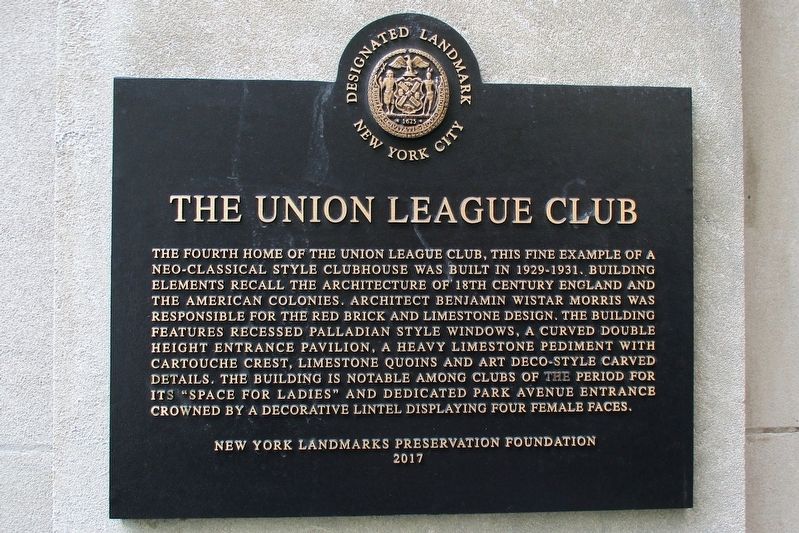 The fourth home of the Union League Club, this fine example of a Neo-Classical style clubhouse was built in 1929-1931. Building elements recall the architecture of 18th century England and the American colonies. Architect Benjamin Wistar Morris was responsible for the red brick and limestone design. The building features recessed Palladian style windows, a curved double height entrance pavilion, a heavy limestone pediment with cartouche crest, limestone quoins and Art Deco-style carved details. The building is notable among clubs of the period for its “space for ladies” and dedicated Park Avenue entrance crowned by a decorative lintel displaying four female faces. 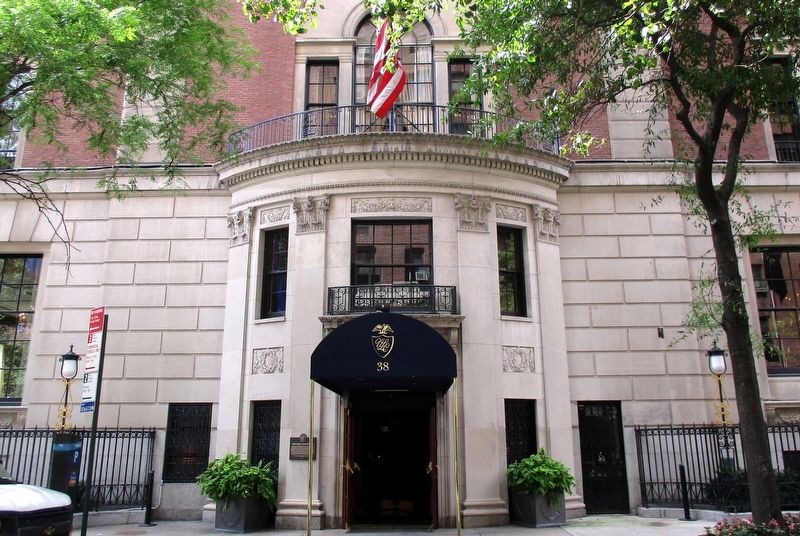 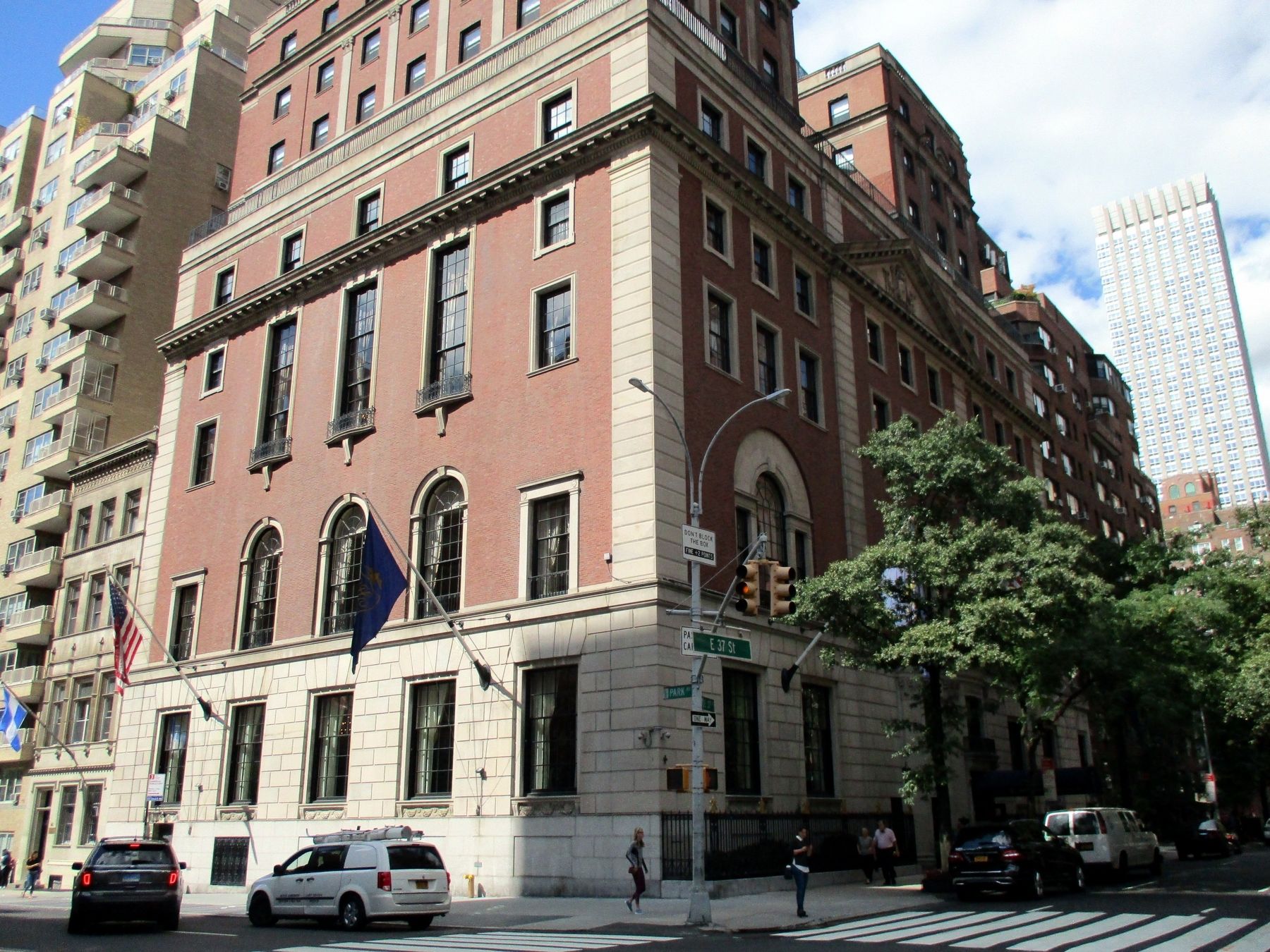 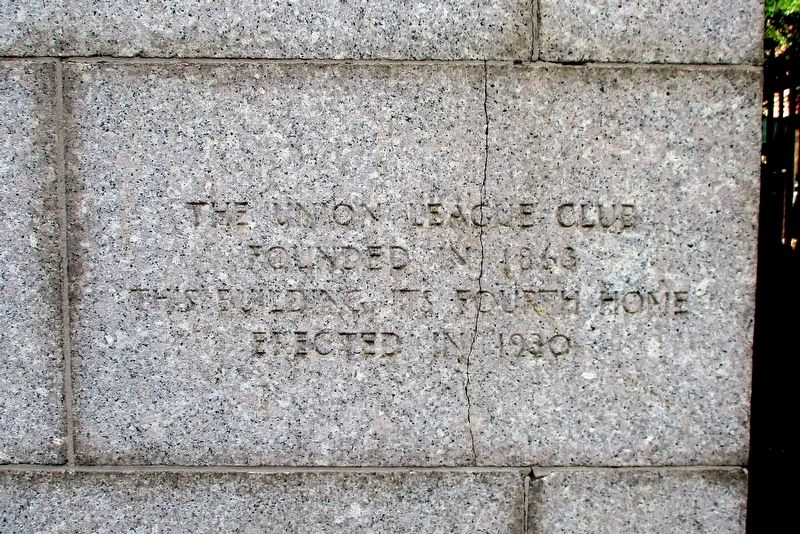