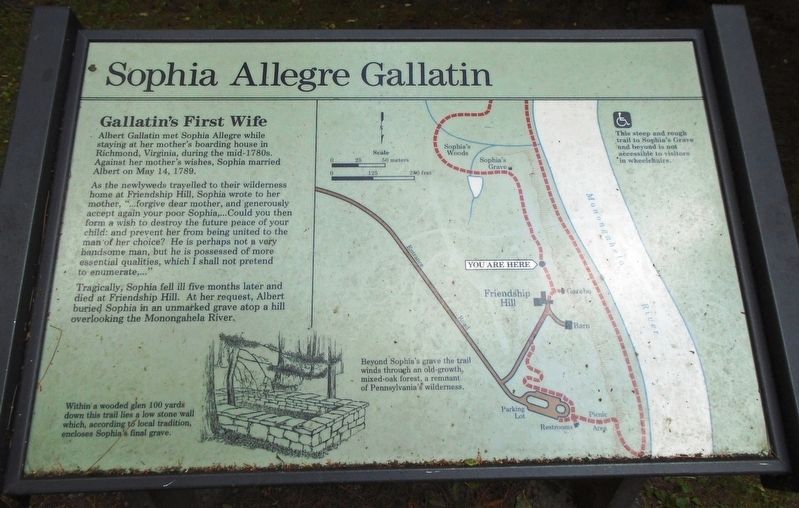 As the newlyweds travelled to their wilderness home at Friendship Hill, Sophia wrote to her mother, "...forgive dear mother, and generously accept again your poor Sophia,...Could you then form a wish to destroy the future peace of your child: and prevent her from being united to the man of her choice? He is perhaps not a very handsome man, but he is possessed of more essential qualities, which I shall not pretend to enumerate,..."

Tragically, Sophia fell ill five months later and died at Friendship Hill. At her request, Albert buried Sophia in an unmarked grave atop a hill overlooking the Monongahela River.

Within a wooded glen 100 yards down this trail lies a low stone wall which, according to local tradition, encloses Sophia's final grave.

Beyond Sophia's grave the trail winds through an old-growth, mixed-oak forest, a remnant of Pennsylvania's wilderness.

. This historical marker was erected by National Park Service. It is Near Point Marion in Fayette County Pennsylvania