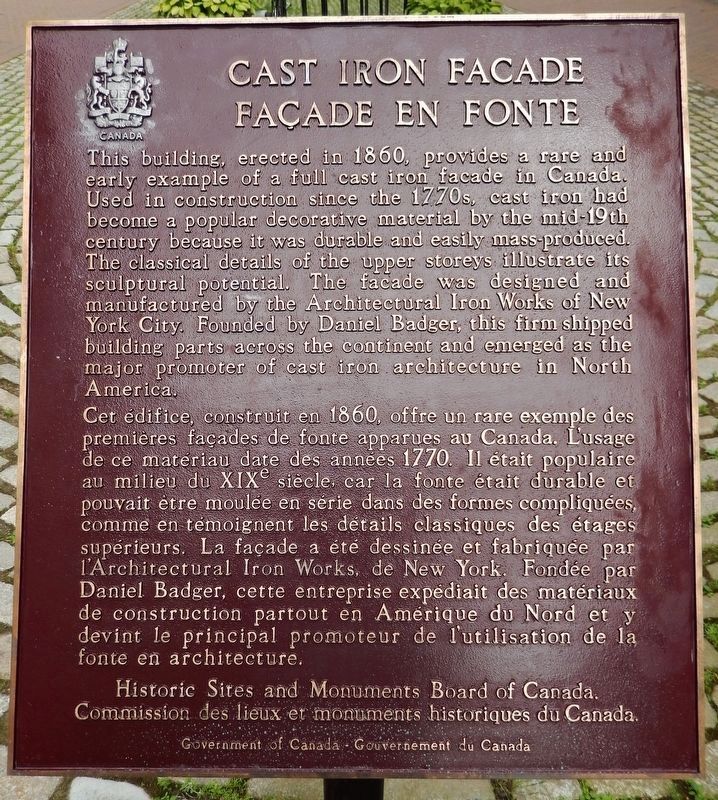 Photographed By Cosmos Mariner, July 25, 2019
1. Cast Iron Facade / Façade en Fonte Marker
Inscription.
English: , This building, erected in 1860, provides a rare and early example of a full cast iron facade in Canada. Used in construction since the 1770s, cast iron had become a popular decorative material by the mid-19th century because it was durable and easily mass-produced. The classical details of the upper storeys illustrate its sculptural potential. The facade was designed and manufactured by the Architectural Iron Works of New York City. Founded by Daniel Badger, this firm shipped building parts across the continent and emerged as the major promoter of cast iron architecture in North America. , . This historical marker was erected by Historic Sites and Monuments Board of Canada/Commission des lieux et monuments historiques du Canada. It is in Halifax in Halifax Region Nova Scotia