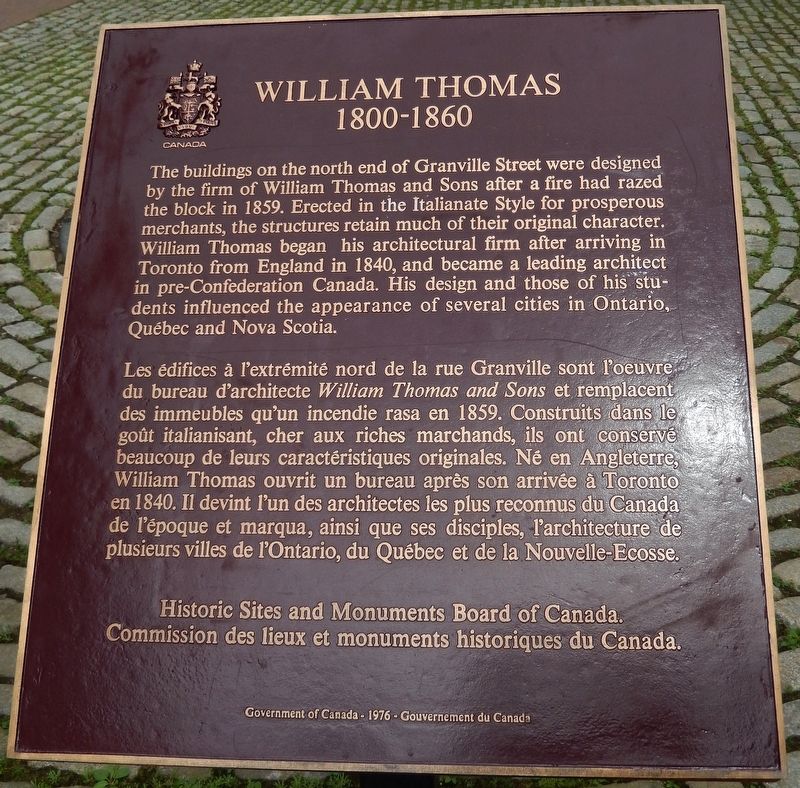 Photographed By Cosmos Mariner, July 25, 2019
1. William Thomas Marker
Inscription.
English: , The buildings on the north end of Granville Street were designed by the firm of William Thomas and Sons after a fire had razed the block in 1859. Erected in the Italianate Style for prosperous merchants, the structures retain much of their original character. William Thomas began his architectural firm after arriving in Toronto from England in 1840, and became a leading architect in pre-Confederation Canada. His design and those of his students influenced the appearance of several cities in Ontario, Québec and Nova Scotia. , . This historical marker was erected in 1976 by Historic Sites and Monuments Board of Canada/Commission des lieux et monuments historiques du Canada. It is in Halifax in Halifax Region Nova Scotia