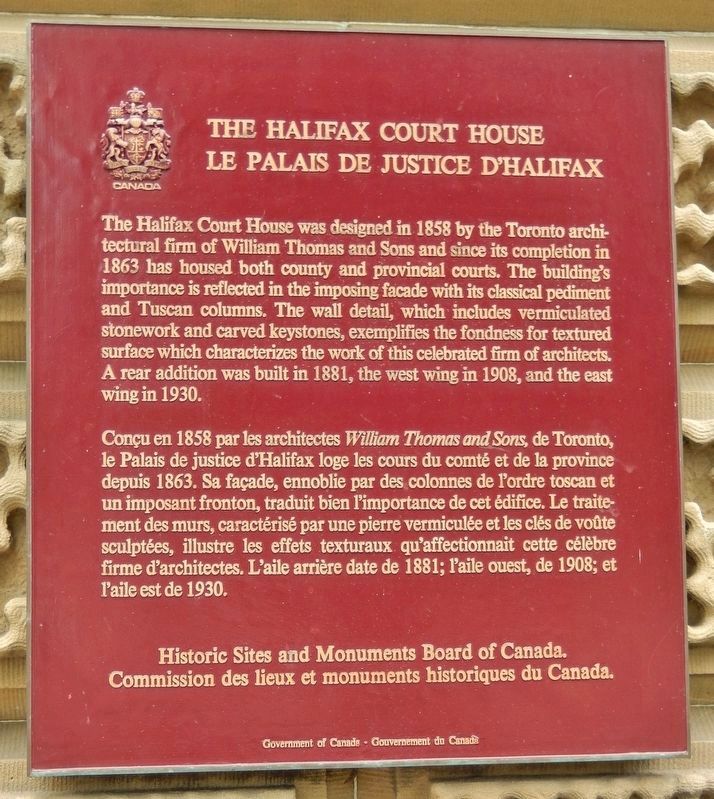 Photographed By Cosmos Mariner, July 25, 2019
1. The Halifax Court House /
Le Palais de Justice D'Halifax Marker
Inscription.
English: , The Halifax Court House was designed in 1858 by the Toronto architectural firm of William Thomas and Sons and since its completion in 1863 has housed both county and provincial courts. The building’s importance is reflected in the imposing façade with its classical pediment and Tuscan columns. The wall detail which includes vermiculated stonework and carved keystones, exemplifies the fondness for textured surface which characterizes the work of this celebrated firm of architects. A rear addition was built in 1881, the west wing in 1908, and the east wing in 1930. , . This historical marker was erected by Historic Sites and Monuments Board of Canada/Commission des lieux et monuments historiques du Canada. It is in Halifax in Halifax Region Nova Scotia