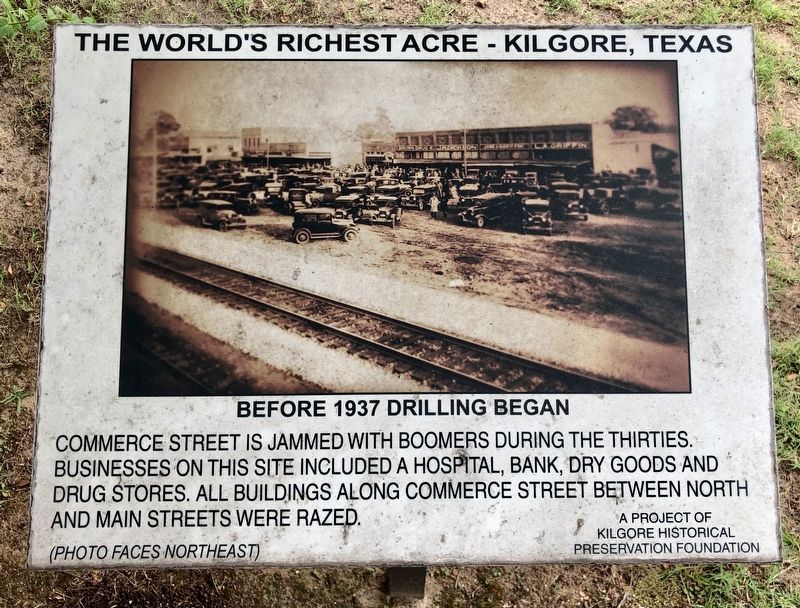 (Photo faces northeast) . This historical marker was erected by Kilgore Historical Preservation Foundation. It is in Kilgore in Gregg County Texas

Commerce Street is jammed with boomers during the thirties. Businesses on this site included a hospital bank, dry goods and drug stores. All buildings along Commerce Street between North and Main Streets were razed. 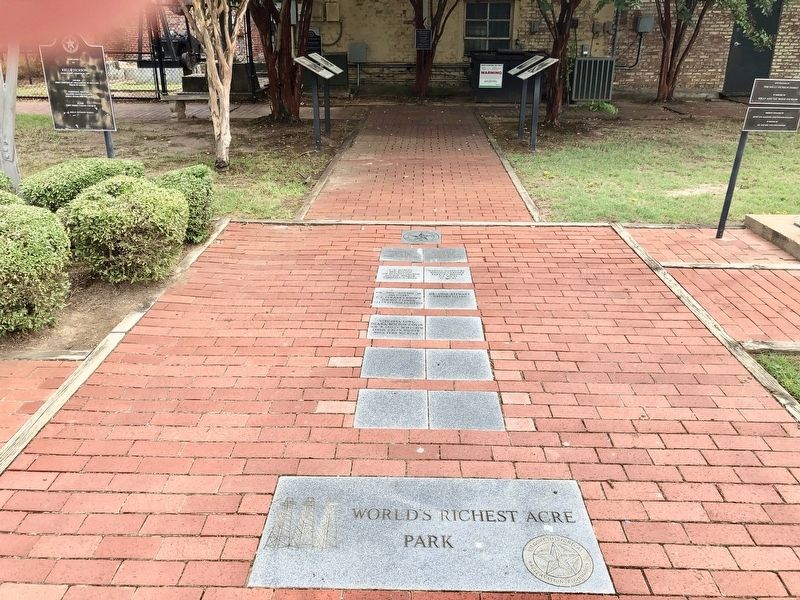 By Mark Hilton, August 31, 2019
2. Marker on right under trees at the World’s Richest Acre Park.
(within shouting distance of this marker); Kilgore National Bank Building (about 500 feet away, measured in a direct line); Lou Della Crim Home (about 600 feet away); Site of Alexander Institute (approx. 0.2 miles away). Touch for a list and map of all markers in Kilgore. 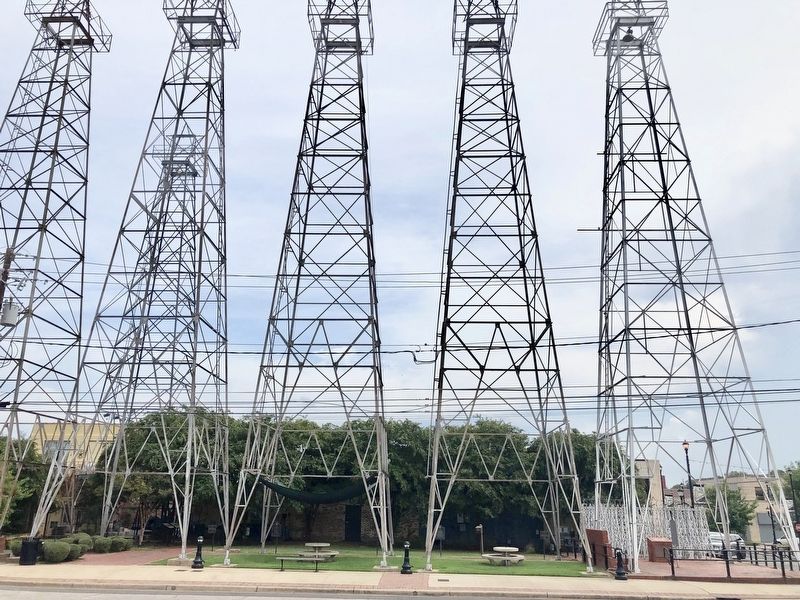