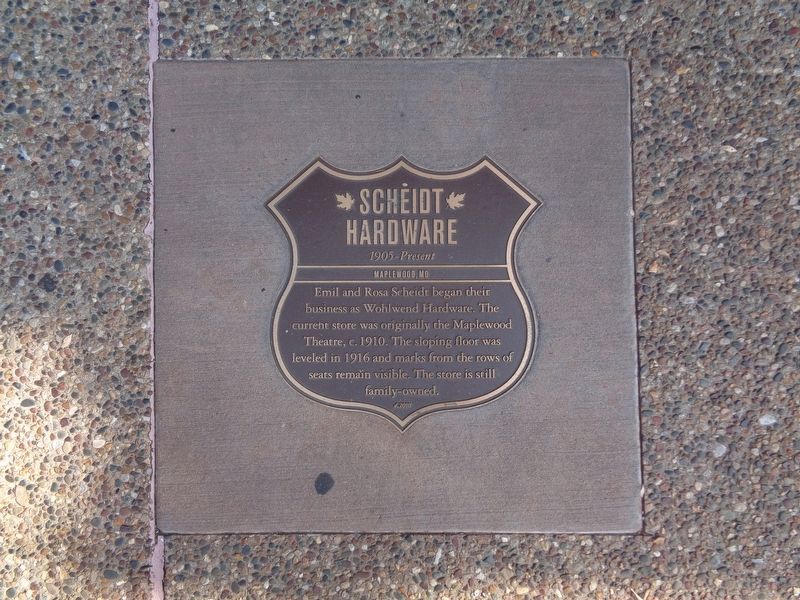 d.2010 . This historical marker was erected in 2010. It is in Maplewood in St. Louis County Missouri


Emil and Rosa Scheidt began their business as Wohlwend Hardware. The current store was originally the Maplewood Theatre, c.1910. The sloping floor was leveled in 1916 and marks from the rows of seats remain visible. The store is still family-owned. 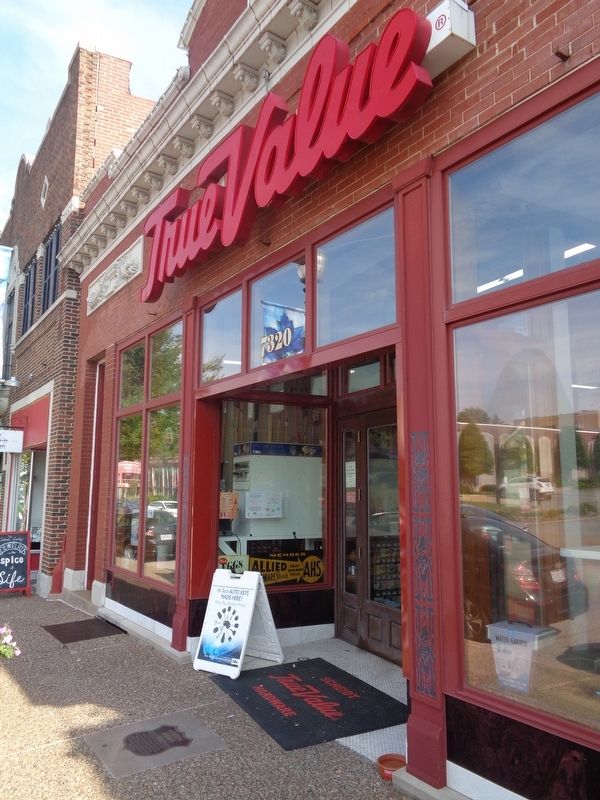 More about this marker. The sidewalk plaque is located, fittingly, in front of Scheidt True Value Hardware.