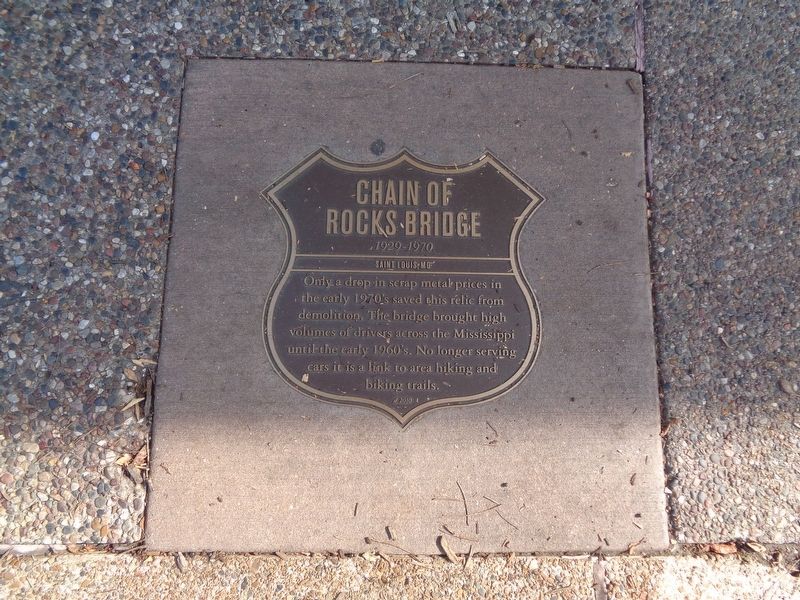 d.2010 . This historical marker was erected in 2010. It is in Maplewood in St. Louis County Missouri

Only a drop in scrap metal prices in the early 1970's saved this relic from demolition. The bridge brought high volumes of drivers across the Mississippi until the early 1960's. No longer serving cars it is a link to area hiking and biking trails.

Topics and series. This historical marker is listed in these topic lists: Bridges & Viaducts • Roads & Vehicles. In addition, it is included in the U.S. Route 66 series list.

Location. 38° 36.814′ N, 90° 18.967′ W. Marker is in Maplewood, Missouri, in St. Louis County. Marker is on Manchester Road (Missouri Route 100), on the right when traveling east. The sidewalk plaque is located in front of Kakao Chocolates. Touch for map. Marker is at or near this postal address: 7272 Manchester Road, Saint Louis MO 63143, United States of America. Touch for directions. 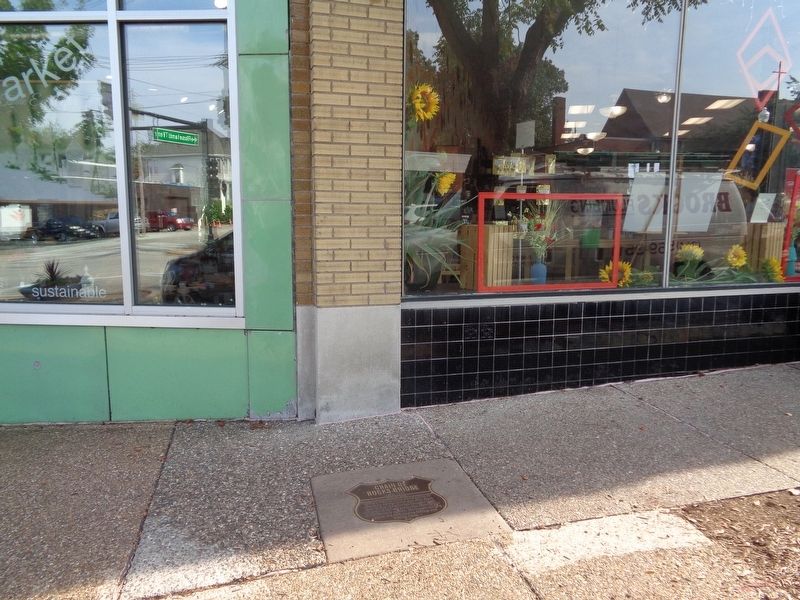 More about this marker. This marker is part of the City of Maplewood's Route 66 Tribute and Memorial Plaques series. Though the Chain of Rocks Bridge was not in Maplewood, it was still given a tribute sidewalk plaque because of its historical significance of Route 66.

Regarding Chain Of Rocks Bridge. The Chain of Rocks Bridge, as said on the plaque, is open as part of the biking/hiking trails system. It is accessible during daylight hours, and can only be accessed from the Illinois side. The best way to get there is get off Interstate 270 at the Route 3 exit and make a right, briefly going southbound. You will make a right at the next stoplight where you will continue down a road and follow the signs. 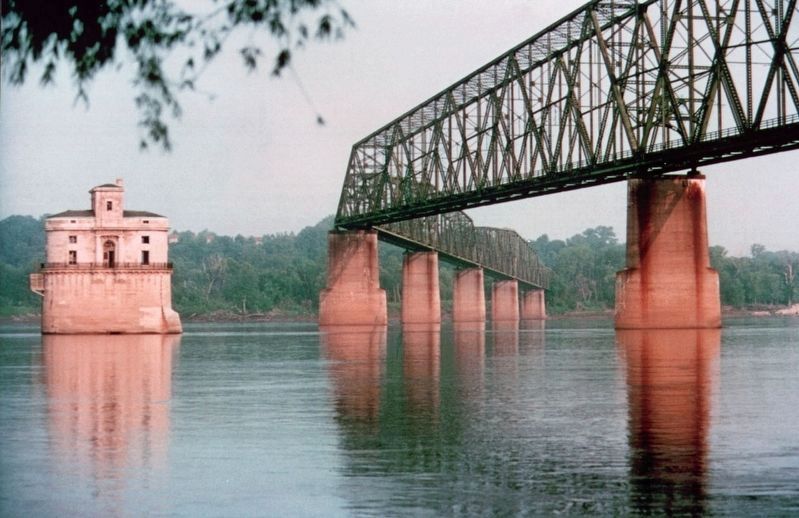