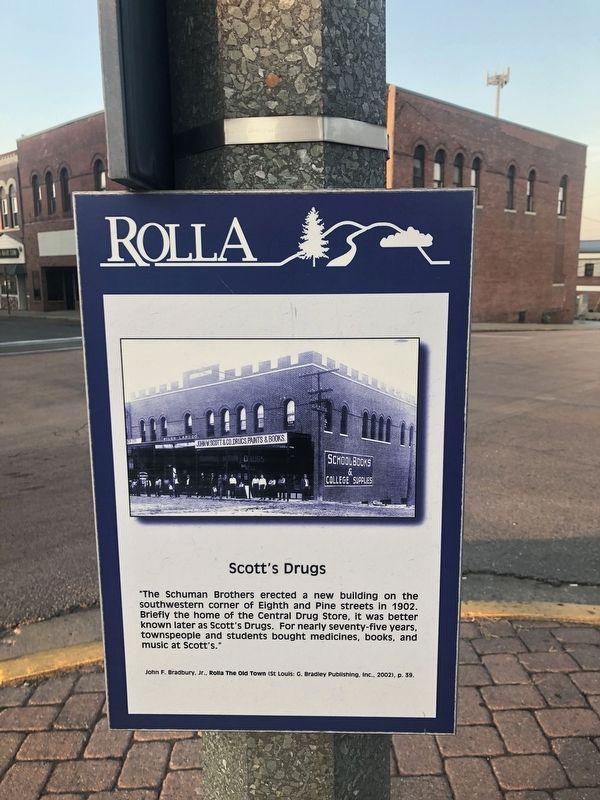 "The Schuman Brothers erected a new building on the southwestern corner of Eighth and Pine streets in 1902. Briefly the home of the Central Drug Store, it was better known later as Scott's Drugs. For nearly seventy-five years, townspeople and students bought medicines, books, and music at Scott's."

Topics. This historical marker is listed in these topic lists: Industry & Commerce • Science & Medicine. A significant historical year for this entry is 1902. 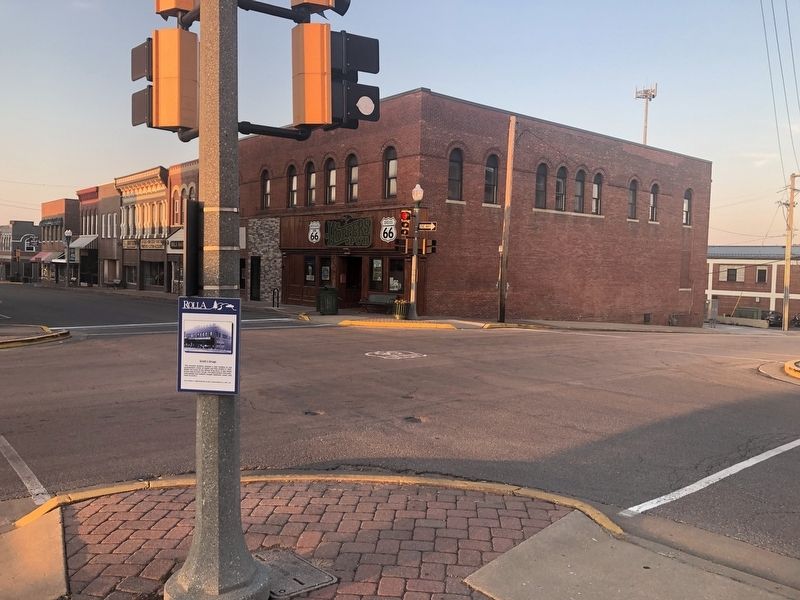