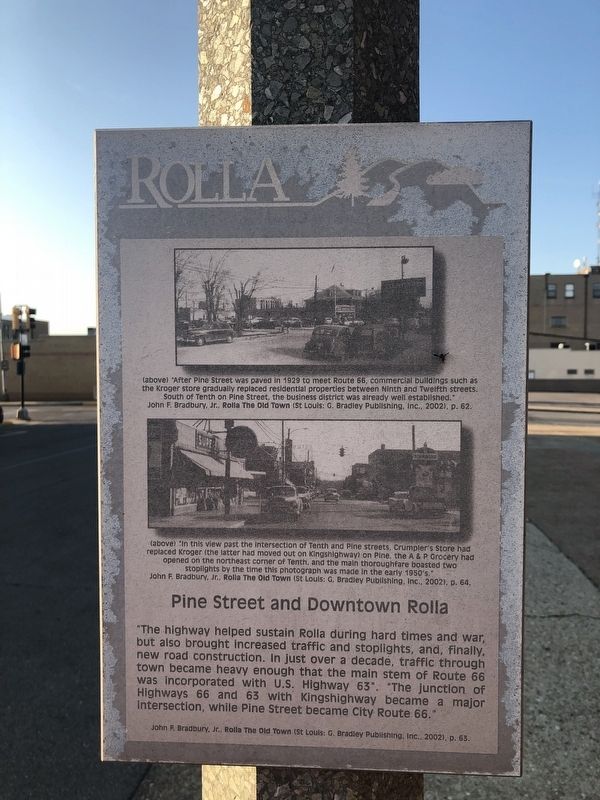 "The highway helped sustain Rolla during hard times and war, but also brought increased traffic and stoplights, and, finally, new road construction. In just over a decade, traffic through town became heavy enough that the main stem of Route 66 was incorporated with U.S. Highway 63". "The junction of Highways 66 and 63 with Kingshighway became a major intersection, while Pine Street became City Route 66."

(above) "In this view past the Intersection of Tenth and Pine streets, Crumpler's Store had replaced Kroger (the latter had moved out on Kingshighway) on Pine, the A & P Grocery had opened 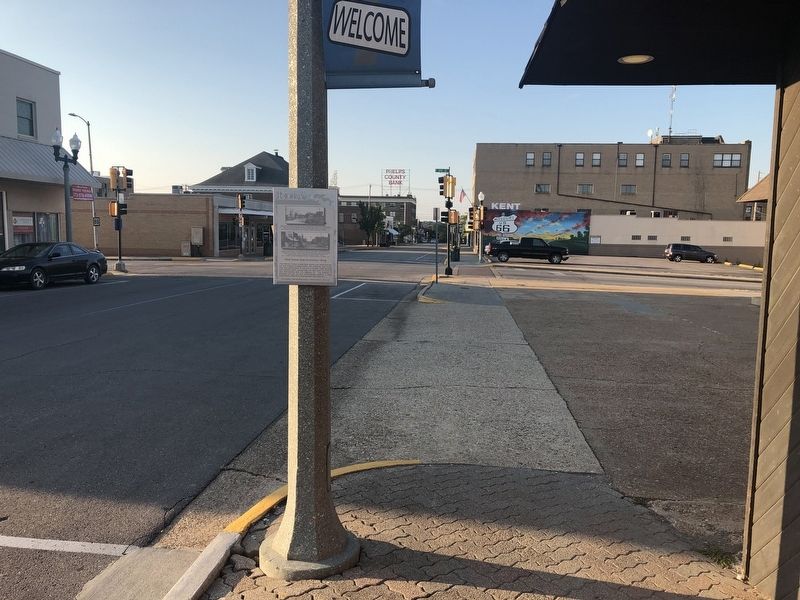 Click or scan to see
this page online
on the northeast corner of Tenth, and the main thoroughfare boasted two stoplights by the time this photograph as made in the early 1950's."
John F. Bradbury, Jr., Rolla The Old Town (St. Louis: G. Bradley Publishing, Inc., 2002), p. 64.

Topics and series. This historical marker is listed in this topic list: Roads & Vehicles. In addition, it is included in the U.S. Route 66 series list. A significant historical year for this entry is 1929.

Location. 37° 57.108′ N, 91° 46.298′ W. Marker has been reported damaged. Marker is in Rolla, Missouri, in Phelps County. Marker is on North Pine Street just north of West 10th Street (Missouri Highway BB), on the left when traveling north. Touch for map. Marker is at or near this postal address: 1005 North Pine Street, Rolla MO 65401, United States of America. Touch for directions.