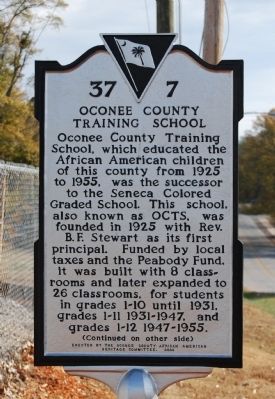 [Front]:
Oconee County Training School, which educated the African American children of this county from 1925 to 1955, was the successor of the Seneca Colored Graded School. This school, also known as OCTS, was founded in 1925 with Rev. B.F. Stewart as its first principal. Funded by local taxes and the Peabody Fund, it was built with 8 classrooms and later expanded to 26 classrooms, for students in grades 1-11 1931-1947, and grades 1-12 1947-1955.

[Reverse]:
Oconee County Training School taught both academic classes and the trades, and added teachers and offered new classes as it grew during the 1930s and 40s and especially after World War II. More than 700 students attended OCTS between 1925 and 1955, and its last graduating class was its largest. The main building here later housed East End Elementary School 1955-1970 and the Seneca Preschool 1972-1992.

Topics. This historical marker is listed in these topic lists: African Americans • Education. A significant historical year for this entry is 1925. 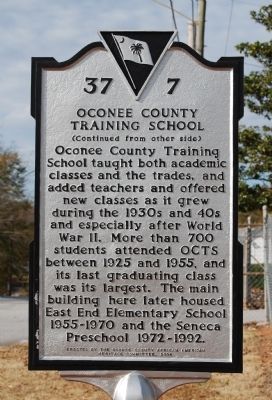 More about this marker. The building is now the home of the Oconee Senior Center, a facility of Senior Solutions of South Carolina. 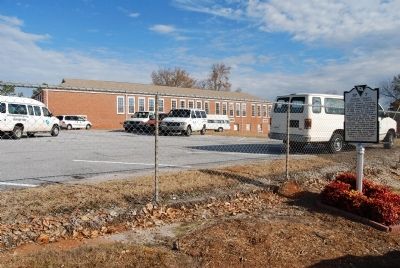