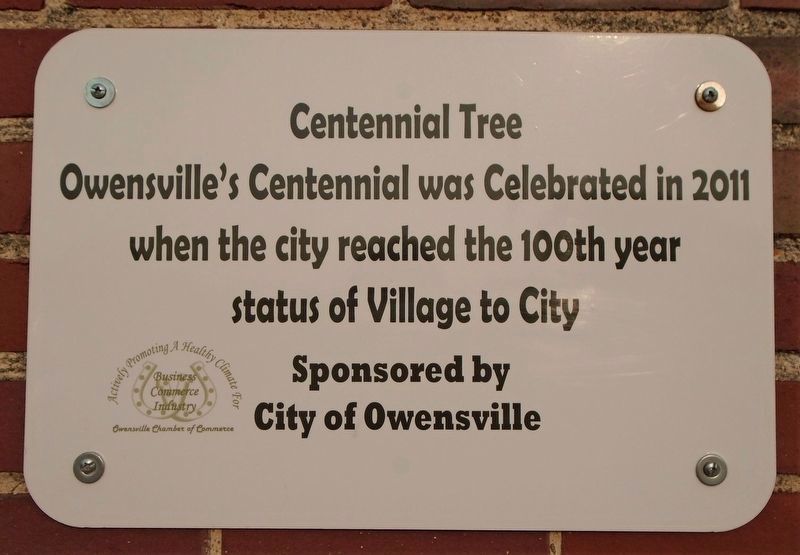 Photographed By William Fischer, Jr., September 19, 2020
1. Centennial Tree Marker
Inscription.
Centennial Tree. . Owensville's Centennial was Celebrated in 2011 when the city reached the 100th year status of Village to City . This historical marker was erected by Owensville Chamber of Commerce. It is in Owensville in Gasconade County Missouri

Topics and series. This historical marker is listed in this topic list: Settlements & Settlers. In addition, it is included in the Missouri, Owensville Quilt Patterns series list. A significant historical year for this entry is 1911. 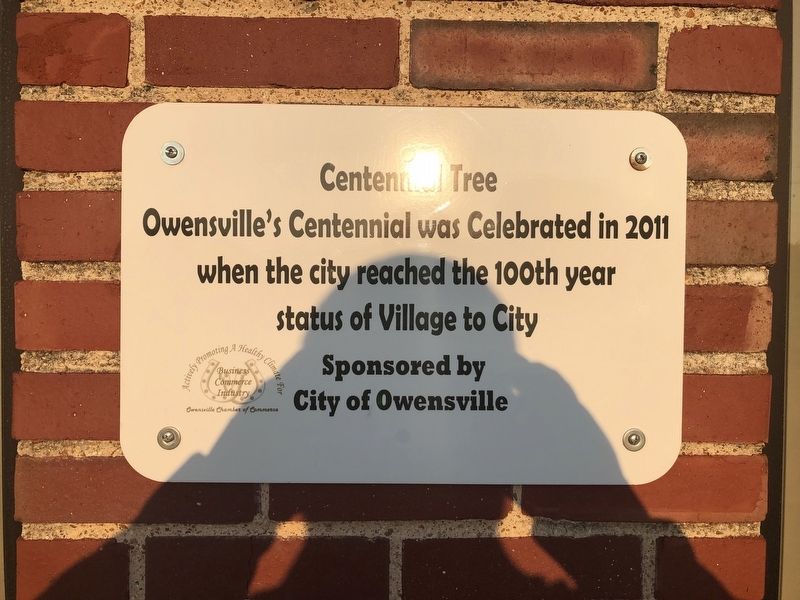 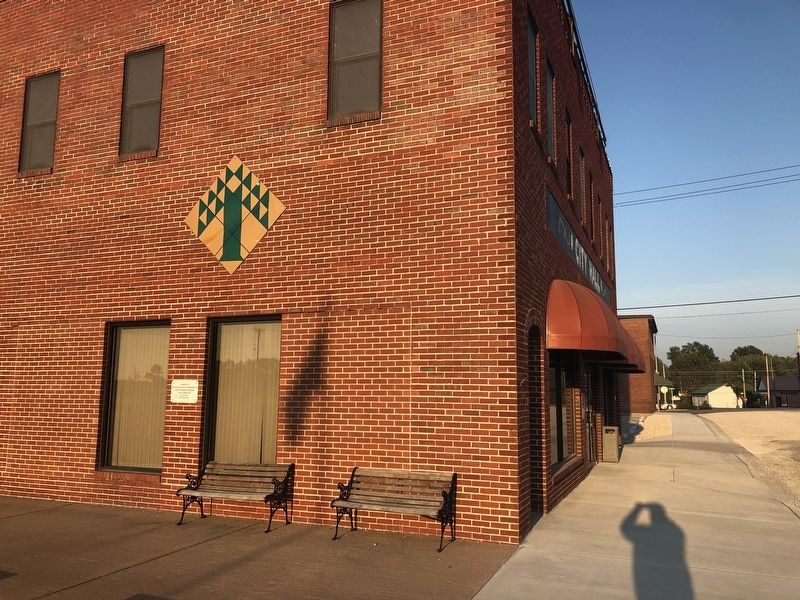