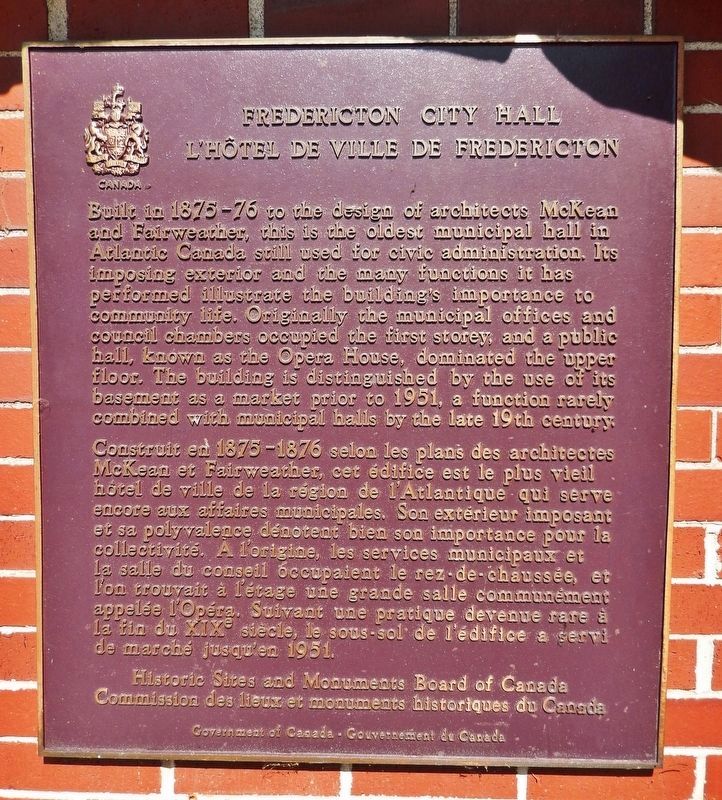 Photographed By Cosmos Mariner, July 30, 2019
1. Fredericton City Hall /
L'Hôtel de ville de Fredericton Marker
Inscription.
English: , Built in 1875-1876 to the design of architects McKean and Fairweather, this is the oldest municipal hall in Atlantic Canada still used for civic administration. Its imposing exterior and the many functions it has performed illustrate the building’s importance to community life. Originally the municipal offices and council chambers occupied the first storey, and a public hall, known as the Opera House, dominated the upper floor. The building is distinguished by the use of its basement as a market prior to 1951, a function rarely combined with municipal halls by the late 19th century. , . This historical marker was erected by Historic Sites and Monuments Board of Canada/Commission des lieux et monuments historiques du Canada. It is in Fredericton in York County New Brunswick