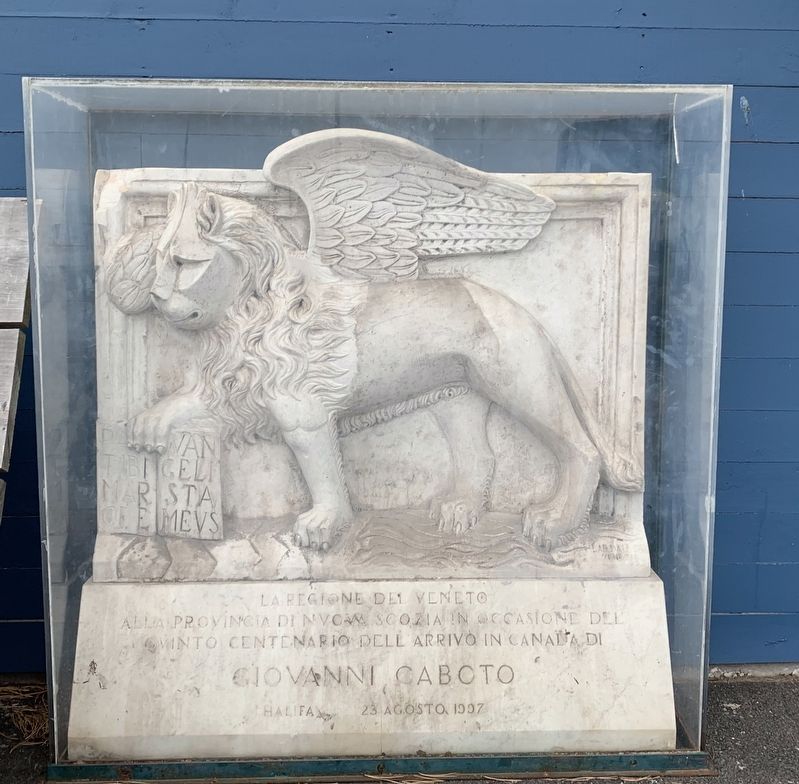 Photographed By Steve Stoessel, August 26, 2019
1. Giovanni Caboto Marker
Inscription.
The Veneto Region To the Province of Nova Scotia on occasion of the 500th anniversary of John Cabot's arrival in Canada Halifax 23 August 1997., . This historical marker is in Halifax in Halifax Region Nova Scotia

Topics. This historical marker is listed in this topic list: Exploration. A significant historical year for this entry is 1997.

Click or scan to see
this page online
of this marker); There Was Once a Very Special Ship (about 90 meters away, measured in a direct line); Samuel Cunard (about 150 meters away); The Mitchell House (about 180 meters away); Rotary Performance Platform & Lookoff/ Scéne et belvédère des clubs Rotary (about 210 meters away); Pier 21 (approx. 0.3 kilometers away). Touch for a list and map of all markers in Halifax.

Editor’s want-list for this marker. Wide shot of the marker and surroundings • Can you help?
Share this page.