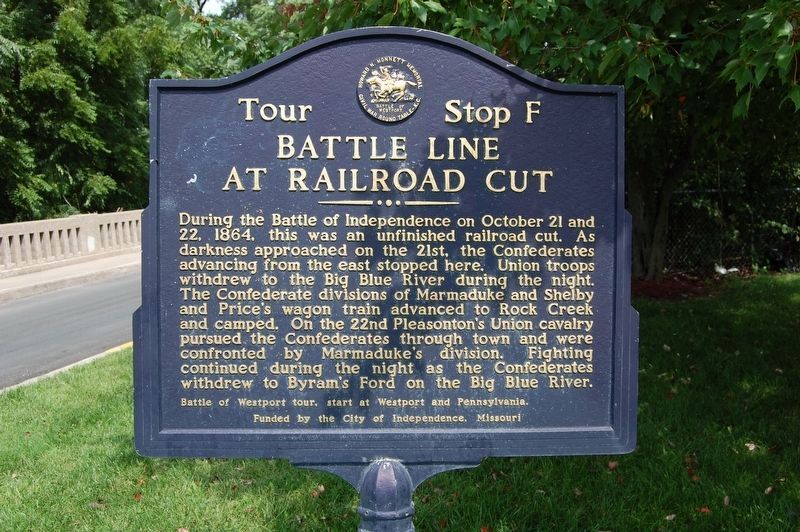 Photographed By Michael E Sanchez, Jr., September 7, 2009
1. Battle Line at Railroad Cut Marker
Inscription.
Battle Line at Railroad Cut. . , During the Battle of Independence on October 21 and 22, 1864, this was an unfinished railroad cut. As darkness approached on the 21st, the Confederates advancing from the east stopped here. Union troops withdrew to the Big Blue River during the night. The Confederate divisions of Marmaduke and Shelby and Price's wagon train advanced to Rock Creek and camped. On the 22nd Pleasonton's Union cavalry pursued the Confederates through town and were confronted by Marmaduke's division. Fighting continued during the night as the Confederates withdrew to Byram's Ford on the Big Blue River., Battle of Westport tour, start at Westport and Pennsylvania. , Funded by the City of Independence, Missouri . This historical marker was erected by Howard N. Monnett Memorial Civil War Round Table - K.C.. It is in Independence in Jackson County Missouri

Battle of Westport tour, start at Westport and Pennsylvania.
Funded by the City of Independence, Missouri

Topics. This historical marker is listed in this topic list: War, US Civil. A significant historical date for this entry is October 21, 1864. 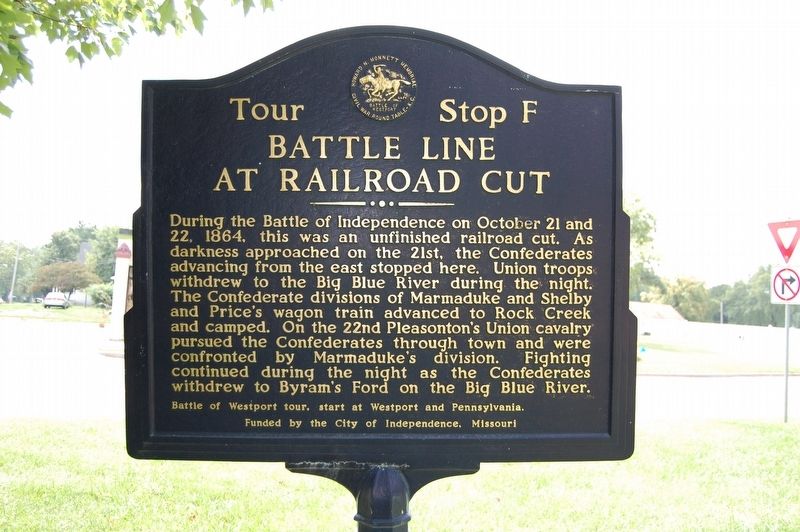 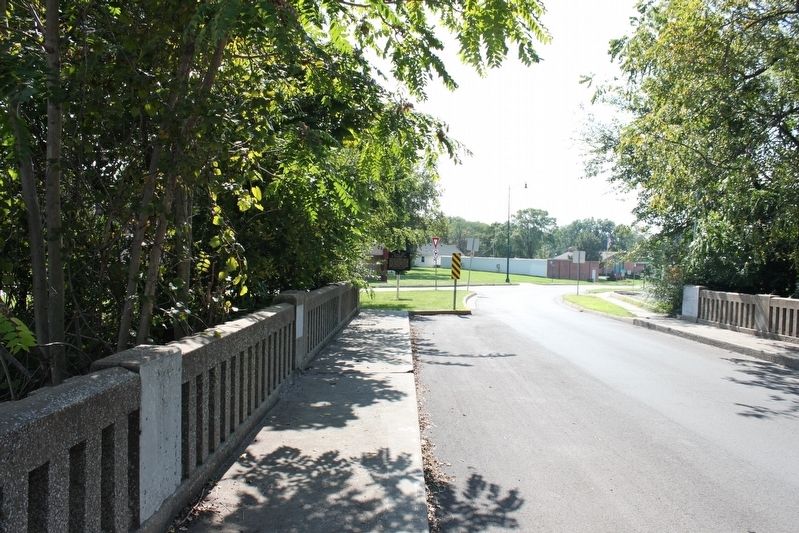