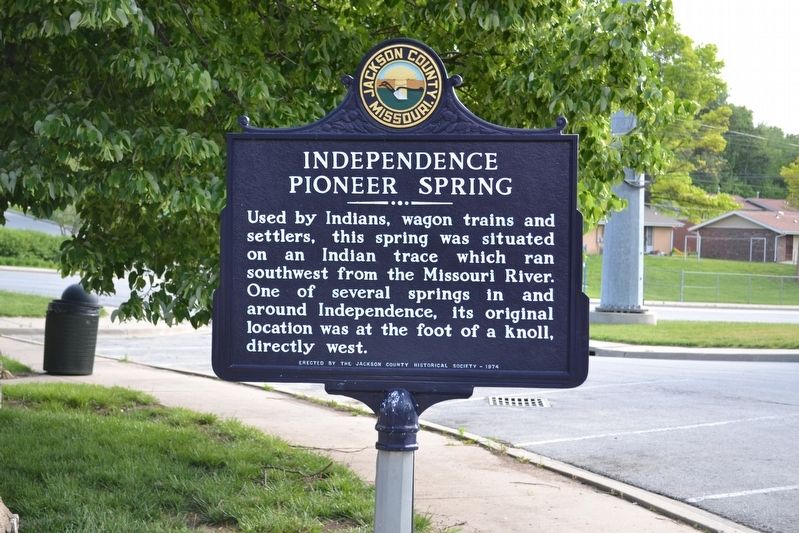 Used by Indians, wagon trains and settlers, this spring was situated on an Indian trace which ran southwest from the Missouri River. One of several springs in and around Independence, its original location was at the foot of a knoll, directly west. 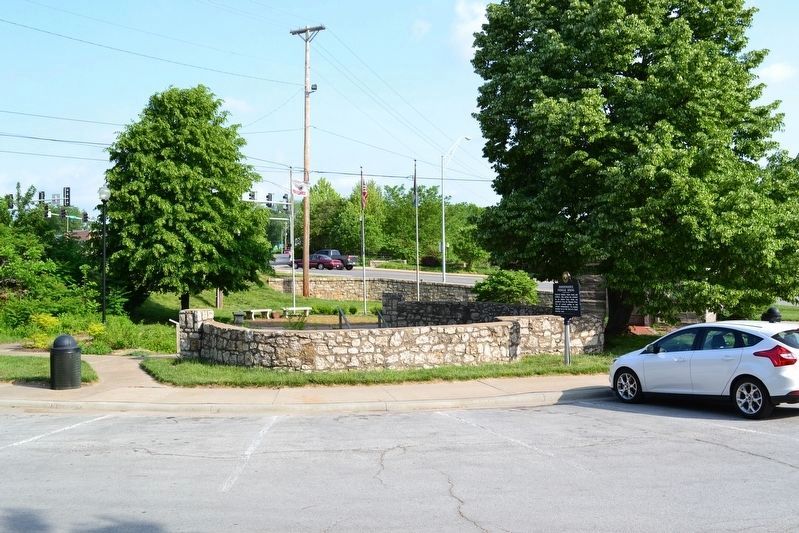 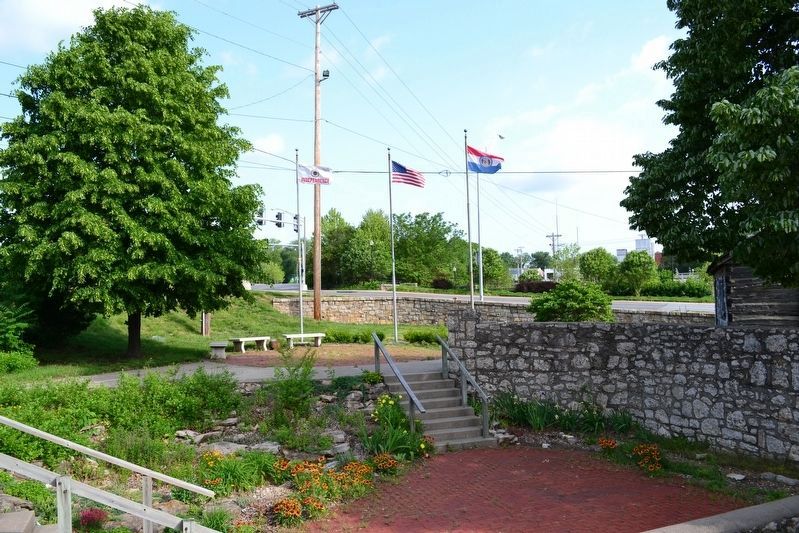