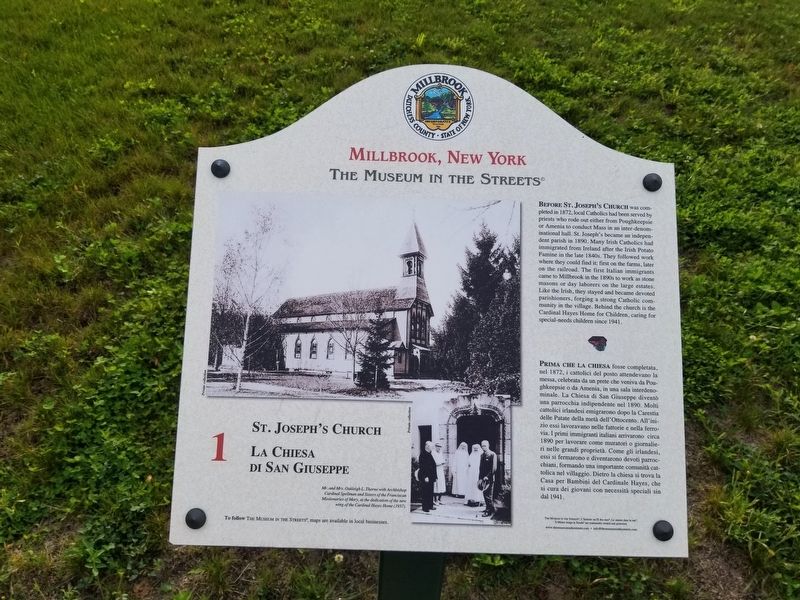 Photographed By Michael Herrick, September 8, 2019
1. St. Joseph’s Church Marker
Inscription.
, St. Joseph's Church , Before St. Joseph's Church was completed in 1872, local Catholics had been served by priests who rode out either from Poughkeepsie or Amenia to conduct Mass in an inter-denominational hall. St. Joseph's became an independent parish in 1890. Many Irish Catholics had immigrated from Ireland after the Irish Potato Famine in the late 1840s. They followed work where they could find it: first on the farms, later on the railroad. The first Italian immigrants came to Millbrook in the 1890s to work as stone masons or day laborers on the large estates. Like the Irish, they stayed and became devoted parishioners, forging a strong Catholic community in the village. Behind the church is the Cardinal Hayes Home for Children, caring for special-needs children since 1941. , , . This historical marker was erected in 2014 by The Museum in the Streets®. It is in Millbrook in Dutchess County New York