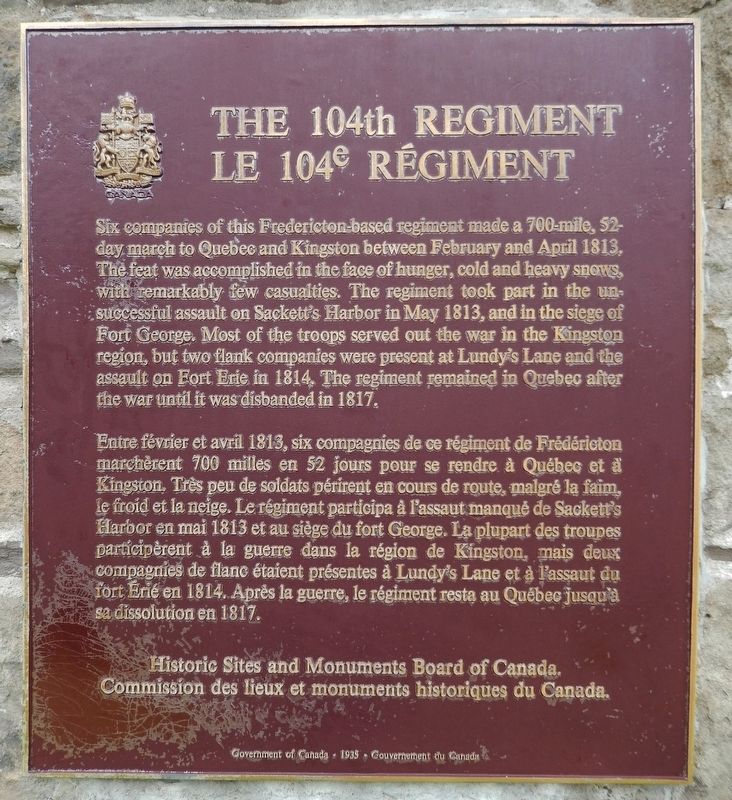 Photographed By Cosmos Mariner, July 30, 2019
1. The 104th Regiment / Le 104e Régiment Marker
Inscription.
English: , Six companies of this Fredericton-based regiment made a 700-mile, 52-day march to Quebec and Kingston between February and April 1813. The feat was accomplished in the face of hunger, cold and heavy snows, with remarkably few casualties. The regiment took part in the unsuccessful assault on Sackett’s Harbor in May 1813, and in the siege of Fort George. Most of the troops served out the war in the Kingston region but two flank companies were present at Lundy’s Lane and the assault on Fort Erie in 1814. The regiment remained in Quebec after the war until it was disbanded in 1817. , . This historical marker was erected in 1935 by Historic Sites and Monuments Board of Canada/Commission des lieux et monuments historiques du Canada. It is in Fredericton in York County New Brunswick