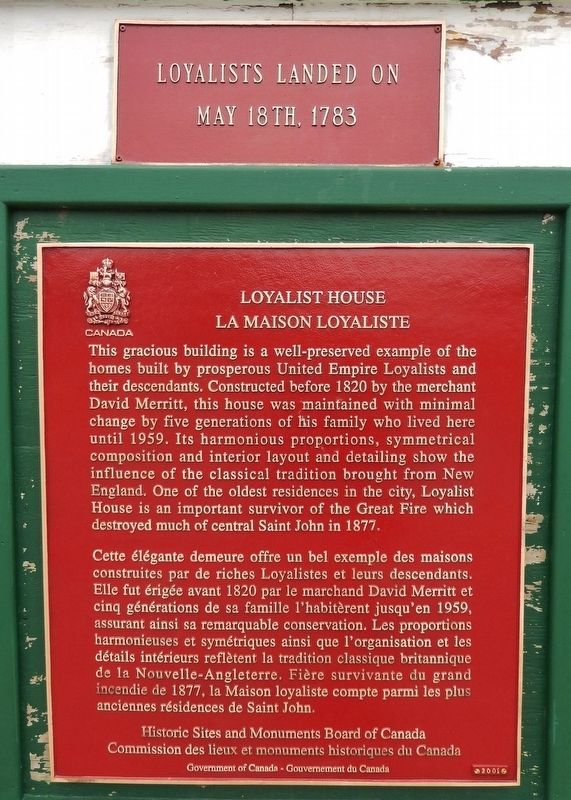 Photographed By Cosmos Mariner, July 14, 2019
1. Loyalist House / La Maison Loyaliste Marker
Inscription.
English: , This gracious building is a well-preserved example of the homes built by prosperous United Empire Loyalists and their descendants. Constructed before 1820 by the merchant David Merritt, this house was maintained with minimal change by five generations of his family who lived here until 1959. Its harmonious proportions, symmetrical composition and interior layout and detailing show the influence of the classical tradition brought from New England. One of the oldest residences in the city, Loyalist House is an important survivor of the Great Fire which destroyed much of central Saint John in 1877. , . This historical marker was erected in 2001 by Historic Sites and Monuments Board of Canada/Commission des lieux et monuments historiques du Canada. It is in Saint John in Saint John County New Brunswick