“Aren’t We Dressed Up Fine?” 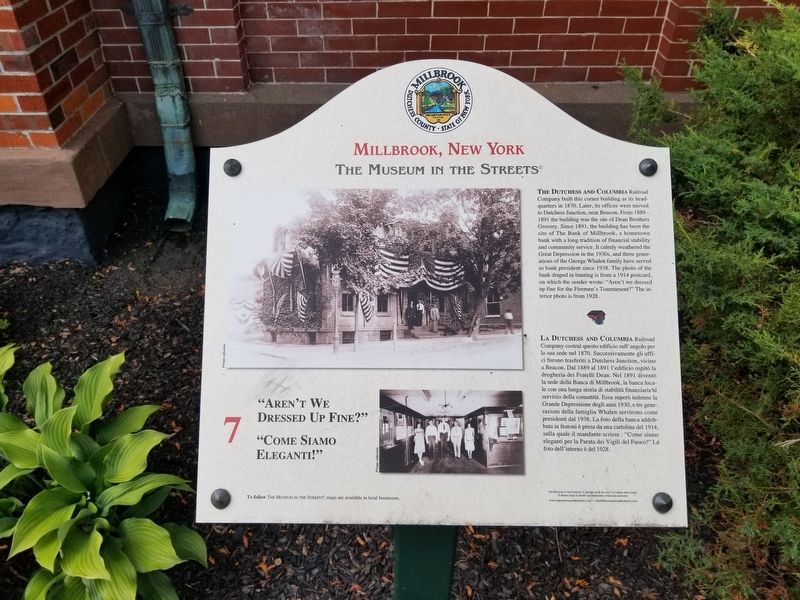 “Aren’t We Dressed Up Fine?”
The Dutchess and Columbia Railroad Company built this corner building as its head- quarters in 1870. Later, its offices were moved to Dutchess Junction, near Beacon. From 1889 - 1891 the building was the site of Dean Brothers Grocery. Since 1891, the building has been the site of The Bank of Millbrook, a hometown bank with a long tradition of financial stability and community service. It calmly weathered the Great Depression in the 1930s, and three gener- ations of the George Whalen family have served as bank president since 1938. The photo of the bank draped in bunting is from a 1914 postcard, on which the sender wrote: "Aren't we dressed up fine for the Firemen's Tournament?" The interior photo is from 1928. 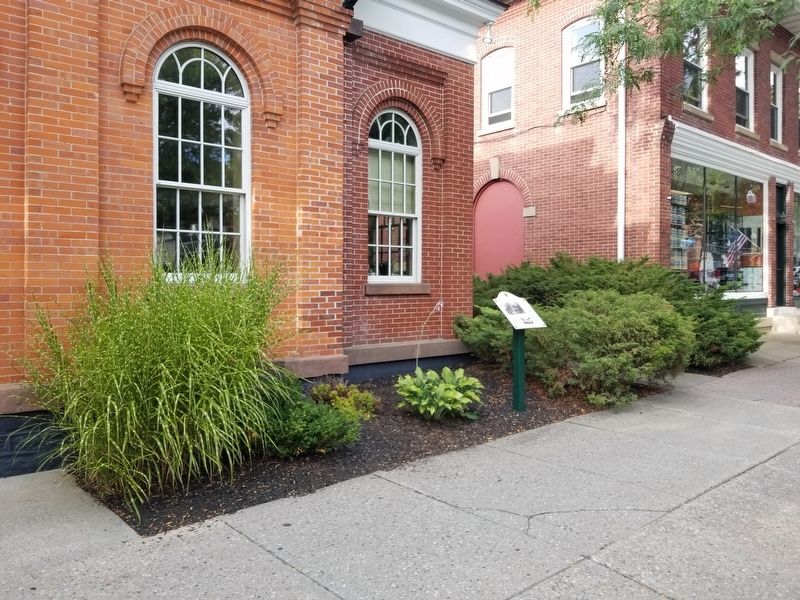 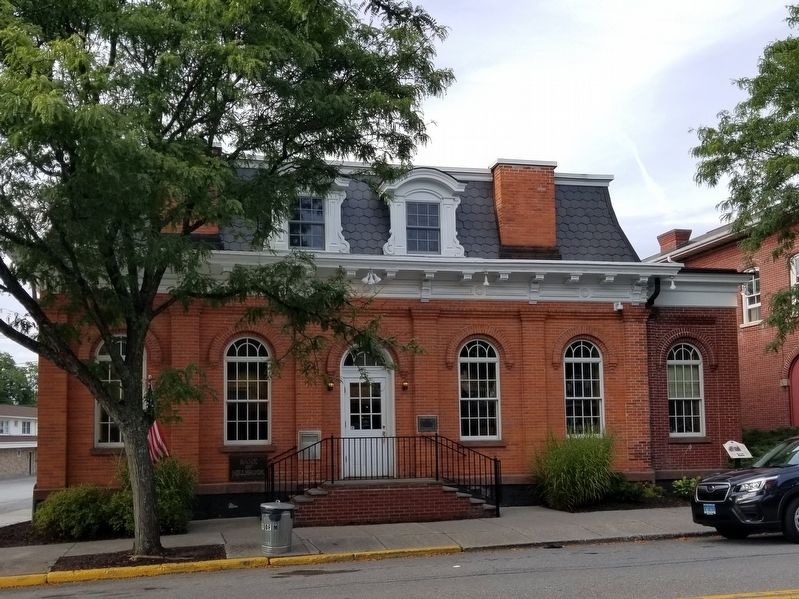 Categories. • Industry & Commerce •
More. Search the internet for “Aren’t We Dressed Up Fine?”.