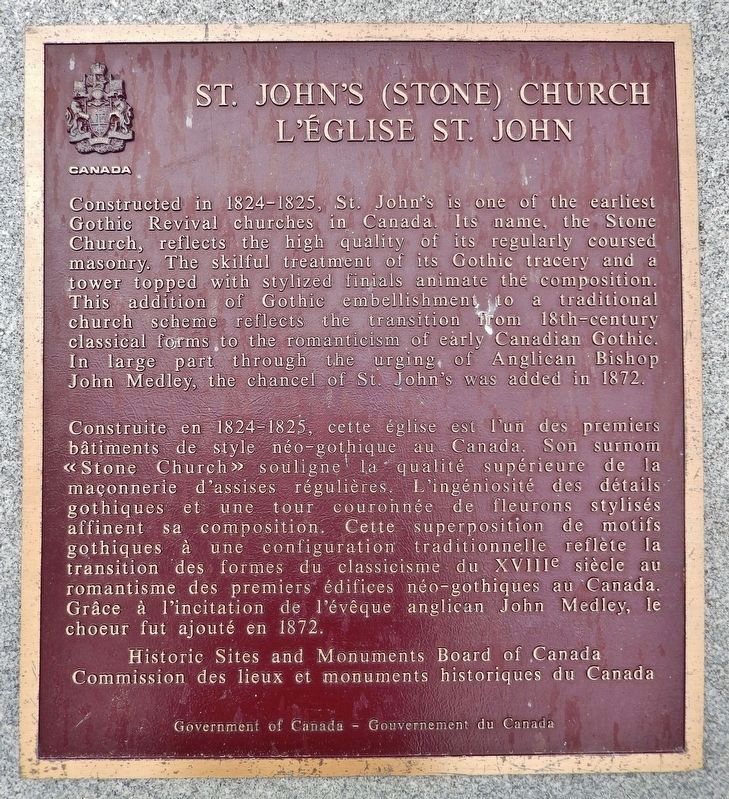 By Cosmos Mariner, July 14, 2019
1. St. John's (stone) Church /
L'Église St. John Marker
Inscription.
English: . Constructed in 1824-1825, St. John’s is one of the earliest Gothic Revival churches in Canada. Its name, the Stone Church, reflects the high quality of its regularly coursed masonry. The skillful treatment of its Gothic tracery and a tower topped with stylized finials animate the composition. This addition of Gothic embellishment to a traditional church scheme reflects the transition from 18th-century classical forms to the romanticism of early Canadian Gothic. In large part through the urging of Anglican Bishop John Medley, the chancel of St. John’s was added in 1872. . . . This historical marker was erected by Historic Sites and Monuments Board of Canada/Commission des lieux et monuments historiques du Canada. It is in Saint John in Saint John County New Brunswick