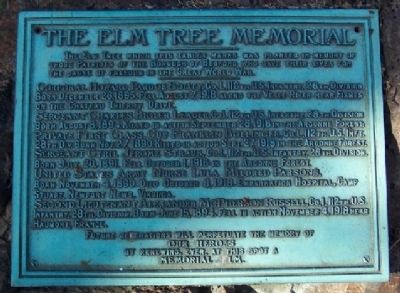 The Elm Tree which this tablet marks was planted in memory of those Patriots of the Borough of Bedford who gave their lives for the cause of freedom in the Great World War. 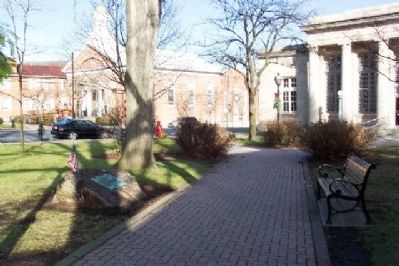 Click or scan to see
this page online
Haumont, France.

Future generations will pertetuate the memory of our heroes by renewing, ever, at this spot a Memorial Elm.

Location. 40° 1.032′ N, 78° 30.205′ W. Marker is in Bedford, Pennsylvania, in Bedford County. Memorial is on the southeast quadrant of town square (at Juliana and Penn Streets), fifty feet west of the post office and due east of the Vietnam Veterans Memorial. Touch for map. Marker is in this post office area: Bedford PA 15522, United States of America. Touch for directions. 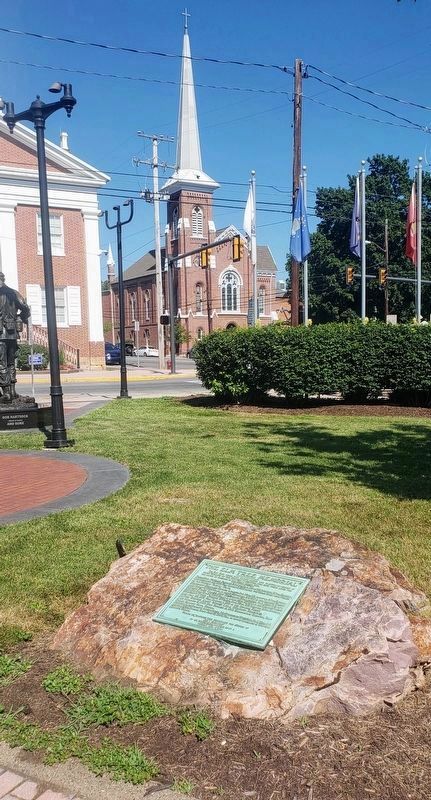