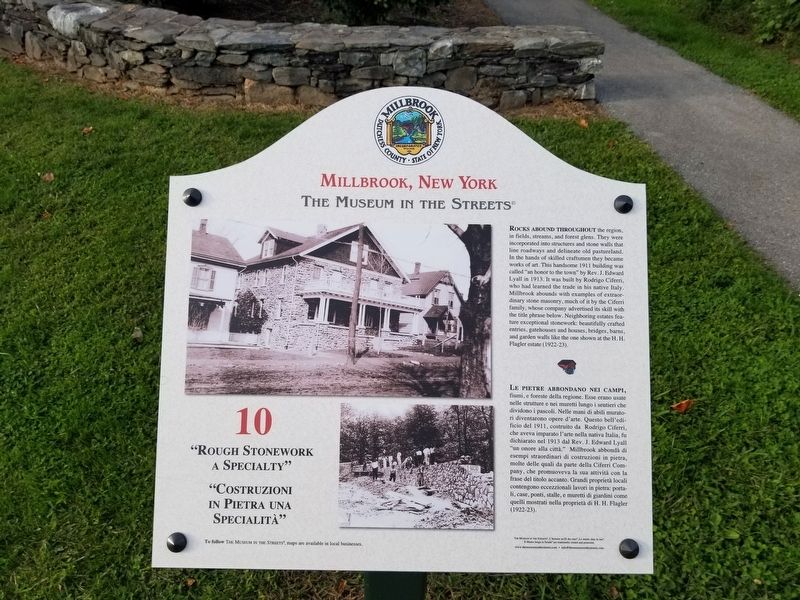 Photographed By Michael Herrick, September 8, 2019
1. “Rough Stonework a Specialty” Marker
Inscription.
, “Rough Stonework a Specialty” , Rocks abound throughout the region in fields, streams, and forest glens. They were incorporated into structures and stone walls that line roadways and delineate old pastureland. In the hands of skilled craftsmen they became works of art. This handsome 1911 building was called "an honor to the town" by Rev. J. Edward Lyall in 1913. It was built by Rodrigo Ciferri, who had learned the trade in his native Italy. Millbrook abounds with examples of extraordinary stone masonry, much of it by the Ciferri family, whose company advertised its skill with the title phrase below. Neighboring estates feature exceptional stonework: beautifully crafted entries, gatehouses and houses, bridges, barns and garden walls like the one shown at the H. H. Flagler estate (1922-23). , , . This historical marker was erected in 2014 by The Museum in the Streets®. It is in Millbrook in Dutchess County New York