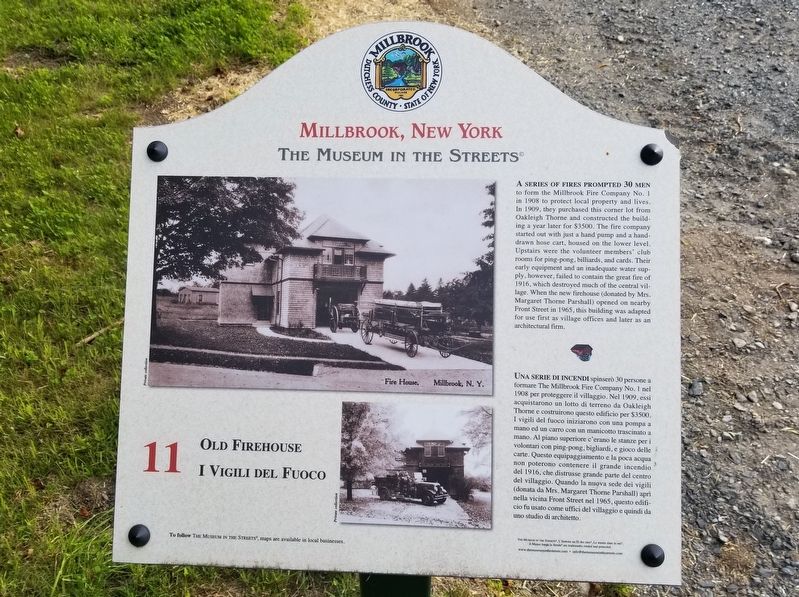 Photographed By Michael Herrick, September 8, 2019
1. Old Firehouse Marker
Inscription.
, Old Firehouse , A series of fires prompted 30 men to form the Millbrook Fire Company No. 1 in 1908 to protect local property and lives. In 1909, they purchased this corner lot from Oakleigh Thorne and constructed the building a year later for $3500. The fire company started out with just a hand pump and a handdrawn hose cart, housed on the lower level Upstairs were the volunteer members' club rooms for ping-pong, billiards, and cards. Their early equipment and an inadequate water supply, however, failed to contain the great fire of 1916, which destroyed much of the central village. When the new firehouse (donated by Mrs. Margaret Thorne Parshall) opened on nearby Front Street in 1965, this building was adapted for use first as village offices and later as an architectural firm. , , . This historical marker was erected in 2014 by The Museum in the Streets®. It is in Millbrook in Dutchess County New York