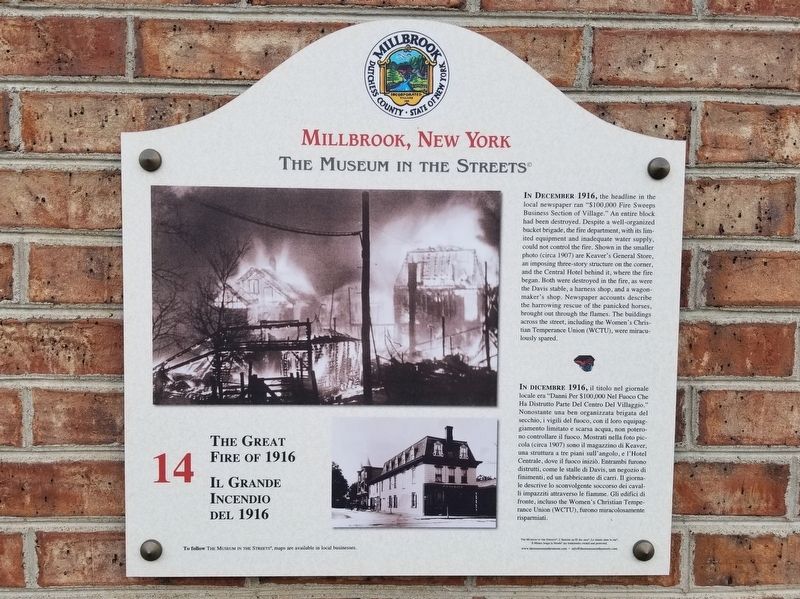 The Great Fire of 1916
In December 1916, the headline in the local newspaper ran “$100,000 Fire Sweeps Business Section of Village.” An entire block had been destroyed. Despite a well-organized bucket brigade, the fire department, with its limited equipment and inadequate water supply, could not control the fire. Shown in the smaller photo (circa 1907) are Keaver's General Store an imposing three-story structure on the corner, and the Central Hotel behind it, where the fire began. Both were destroyed in the fire, as were the Davis stable, a harness shop, and a wagonmaker's shop. Newspaper accounts describe the harrowing rescue of the panicked horses, brought out through the flames. The buildings ross the street, including the Women's Christian Temperance Union (WCTU), were miraculously spared. 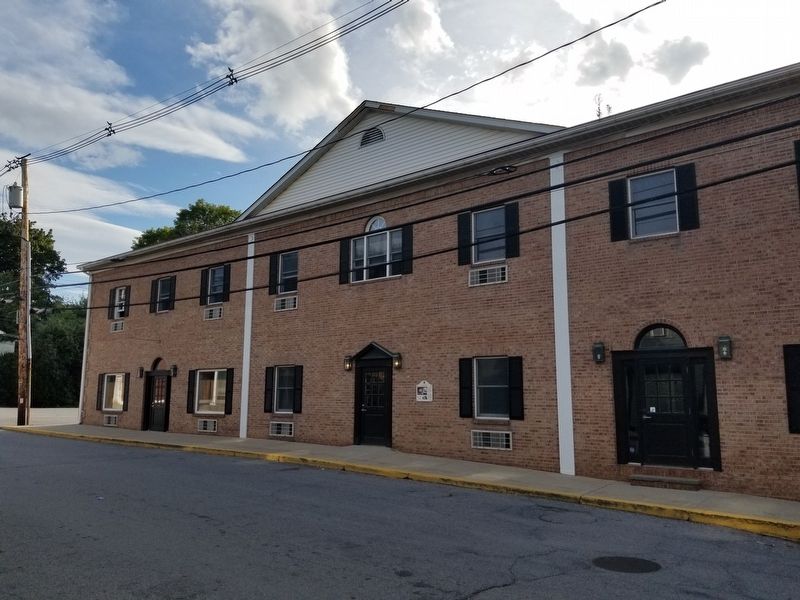 Categories. • Disasters •
More. Search the internet for The Great Fire of 1916.