A World of Information 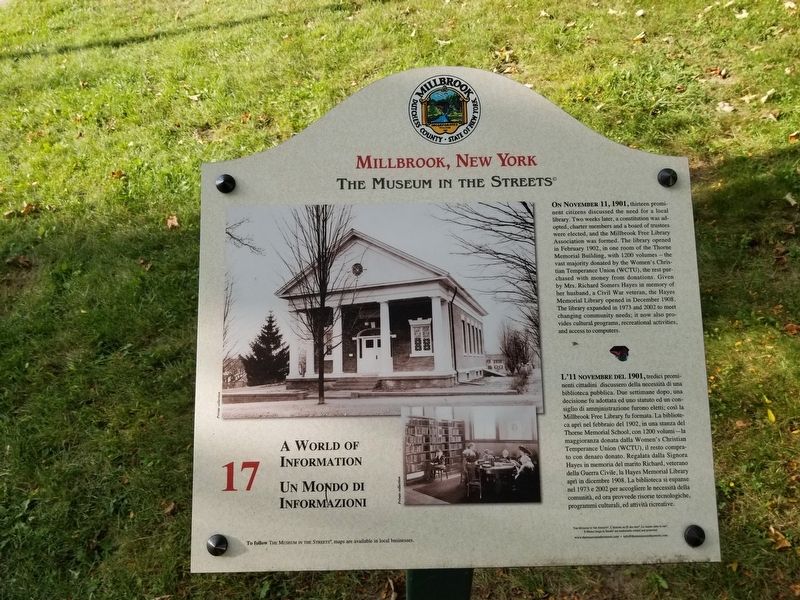 A World of Information
On November 11, 1901, thirteen prominent citizens discussed the need for a local library. Two weeks later, a constitution was adopted, charter members and a board of trustees were elected, and the Millbrook Free Library Association was formed. The library opened in February 1902, in one room of the Thorne Memorial Building, with 1200 volumes – the vast majority donated by the Women's Christian Temperance Union (WCTU), the rest purchased with money from donations. Given by Mrs. Richard Somers Hayes in memory of her husband, a Civil War veteran, the Hayes Memorial Library opened in December 1908. The library expanded in 1973 and 2002 to meet changing community needs; it now also provides cultural programs, recreational activities and access to computers. 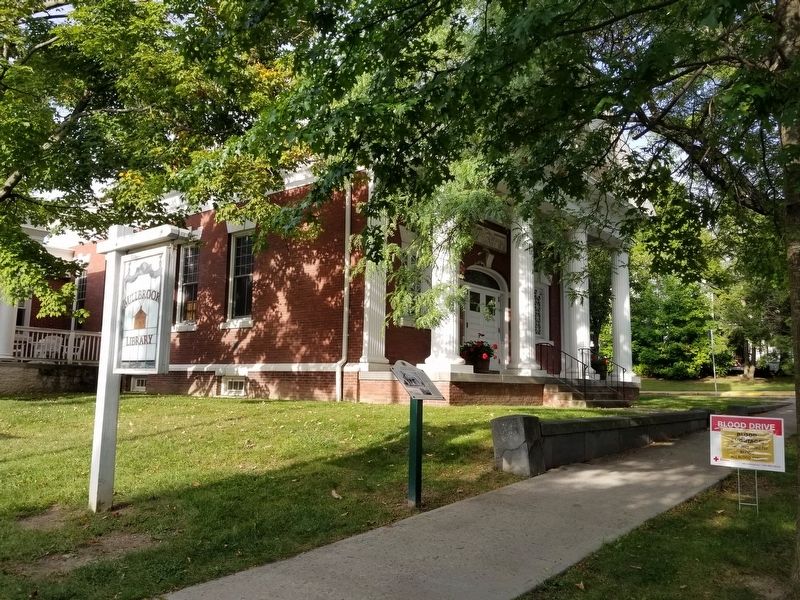 Location. 41° 47.128′ N, 73° 41.539′ W. Marker is in Millbrook, New York, in Dutchess County. Marker is on Franklin Avenue near Friendly Lane, on the left when traveling east. Touch for map. Marker is in this post office area: Millbrook NY 12545, United States of America. Touch for directions. 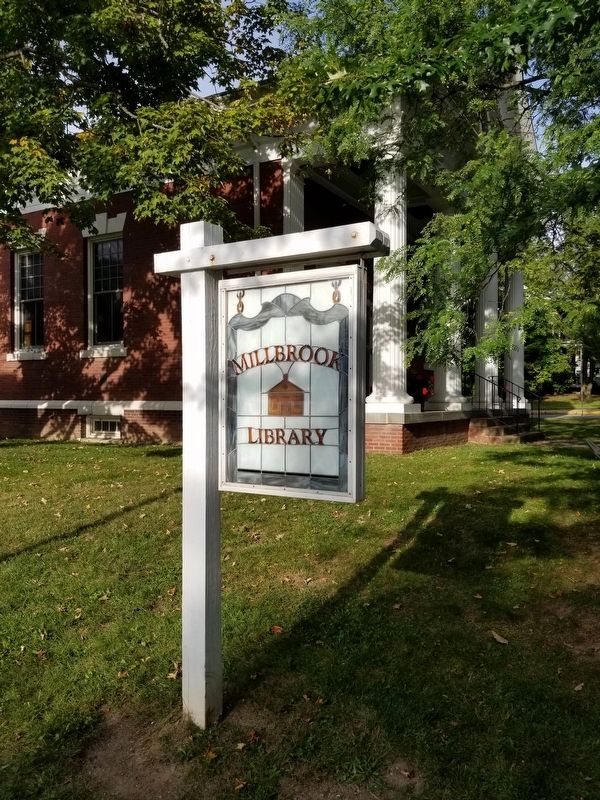 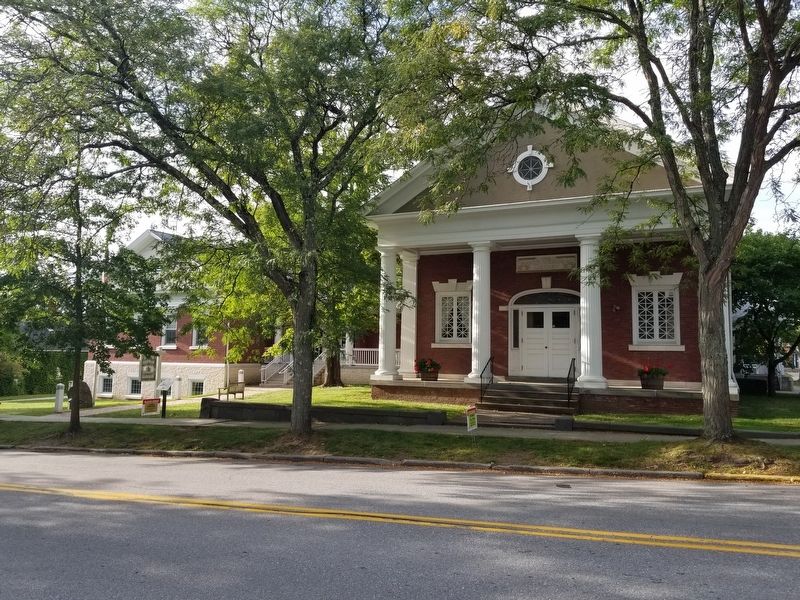 By Michael Herrick, September 8, 2019
4. The Millbrook Library
More. Search the internet for A World of Information.