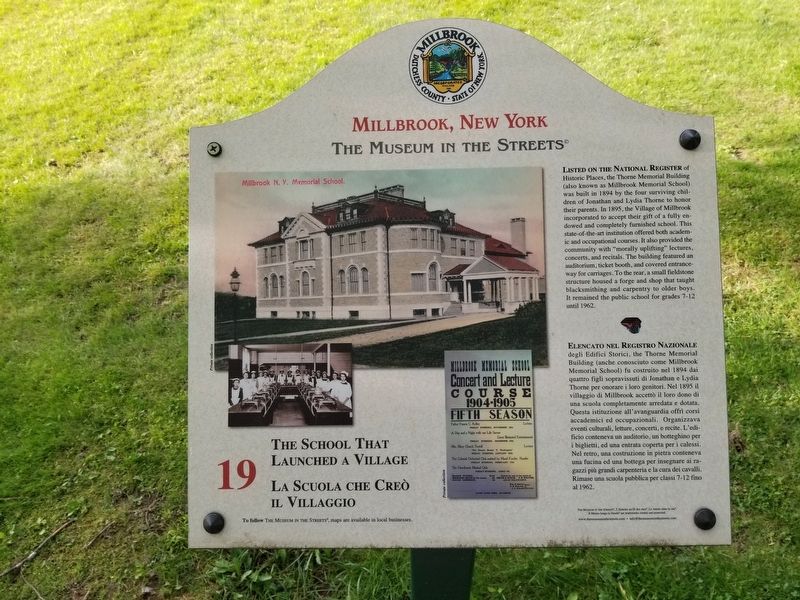 Photographed By Michael Herrick, September 8, 2019
1. The School That Launched a Village Marker
Inscription.
, The School That Launched a Village , Listed on the National Register of Historic Places, the Thorne Memorial Building (also known as Millbrook Memorial School) was built in 1894 by the four surviving children of Jonathan and Lydia Thorne to honor their parents. In 1895, the Village of Millbrook incorporated to accept their gift of a fully endowed and completely furnished school. This state-of-the-art institution offered both academic and occupational courses. It also provided the community with "morally uplifting" lectures concerts, and recitals. The building featured an auditorium, ticket booth, and covered entranceway for carriages. To the rear, a small fieldstone structure housed a forge and shop that taught blacksmithing and carpentry to older boys. It remained the public school for grades 7-12 until 1962. , , . This historical marker was erected in 2014 by The Museum in the Streets®. It is in Millbrook in Dutchess County New York