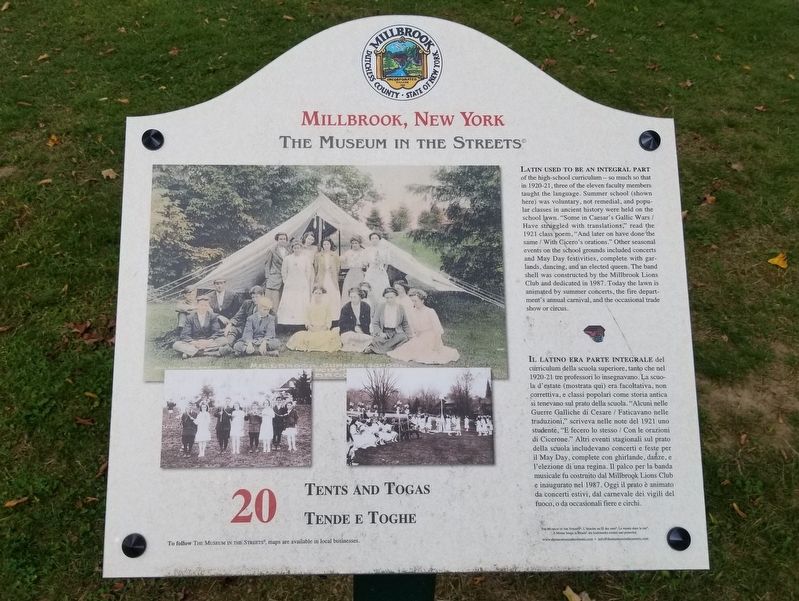 Tents and Togas
Latin used to be an integral part of the high-school curriculum so much so that in 1920-21, three of the eleven faculty members taught the language. Summer school (shown here) was voluntary, not remedial, and popular classes in ancient history were held on the school lawn. "Some in Caesar's Gallic Wars Have struggled with translations," read the 1921 class poem, "And later on have done the same /With Cicero's orations." Other seasonal events on the school grounds included concerts and May Day festivities, complete with garlands, dancing, and an elected queen. The band shell was constructed by the Millbrook Lions Club and dedicated in 1987. Today the lawn is animated by summer concerts, the fire department's annual carnival, and the occasional trade show or circus. 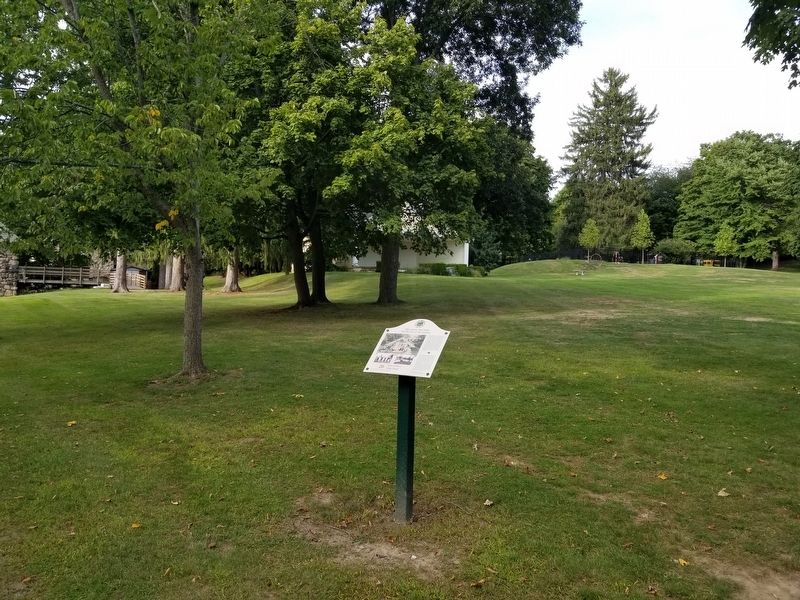 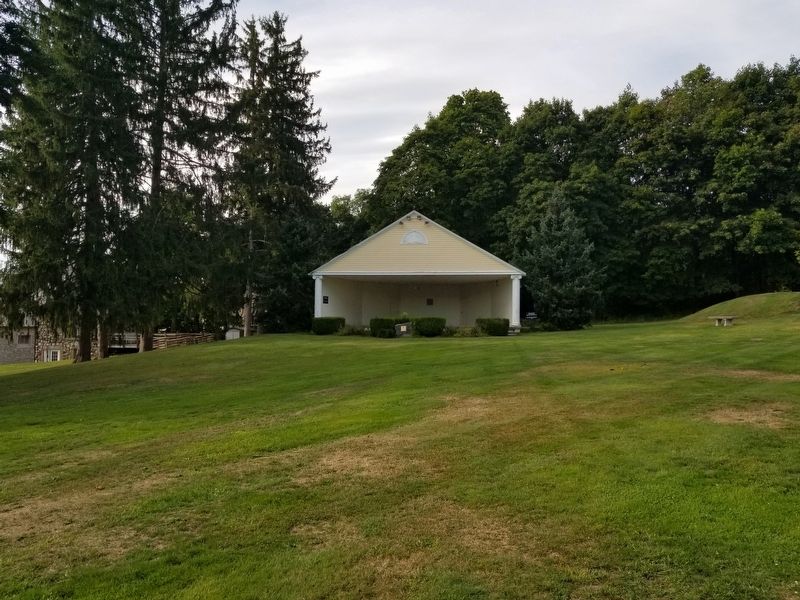