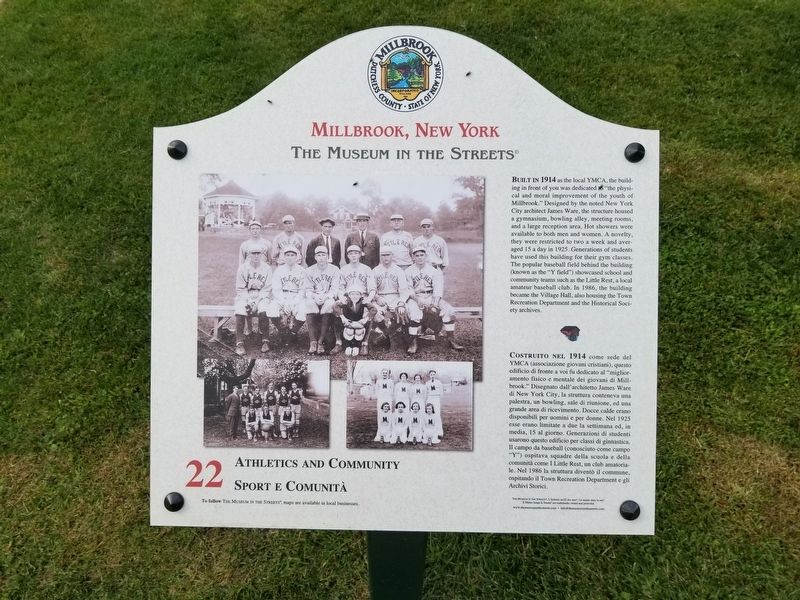 Athletics and Community
Built in 1914 as the local YMCA, the building in front of you was dedicated 6 "the physical and moral improvement of the youth of Millbrook." Designed by the noted New York City architect James Ware, the structure housed a gymnasium, bowling alley, meeting rooms, and a large reception area. Hot showers were available to both men and women. A novelty, they were restricted to two a week and averaged 15 a day in 1925. Generations of students have used this building for their gym classes. The popular baseball field behind the building (known as the "Y field") showcased school and community teams such as the Little Rest, a local amateur baseball club. In 1986, the building became the Village Hall, also housing the Town Recreation Department and the Historical Society archives. 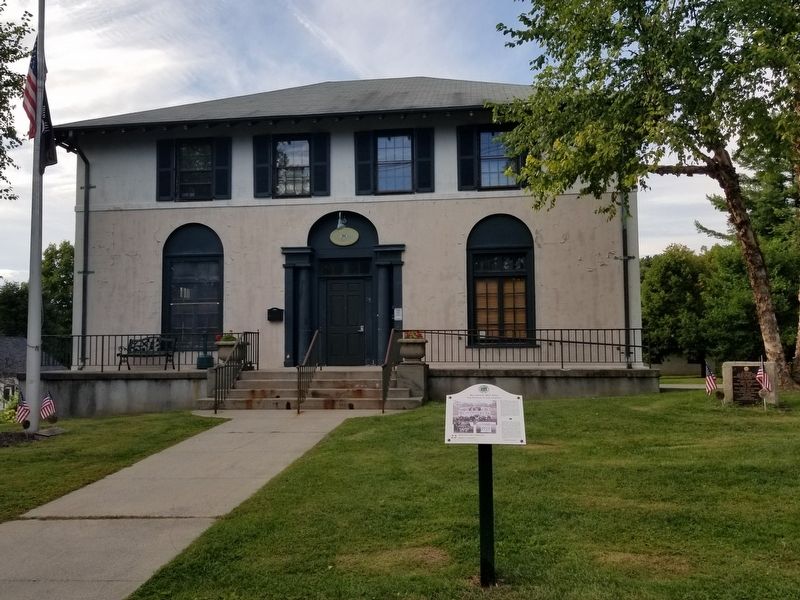 Location. 41° 47.189′ N, 73° 41.527′ W. Marker is in Millbrook, New York, in Dutchess County. Marker is at the intersection of Merrit Avenue and Friendly Lane, on the right when traveling west on Merrit Avenue. Touch for map. Marker is at or near this postal address: 35 Merritt Avenue, Millbrook NY 12545, United States of America. Touch for directions.

Categories. • Sports •
More. Search the internet for Athletics and Community.