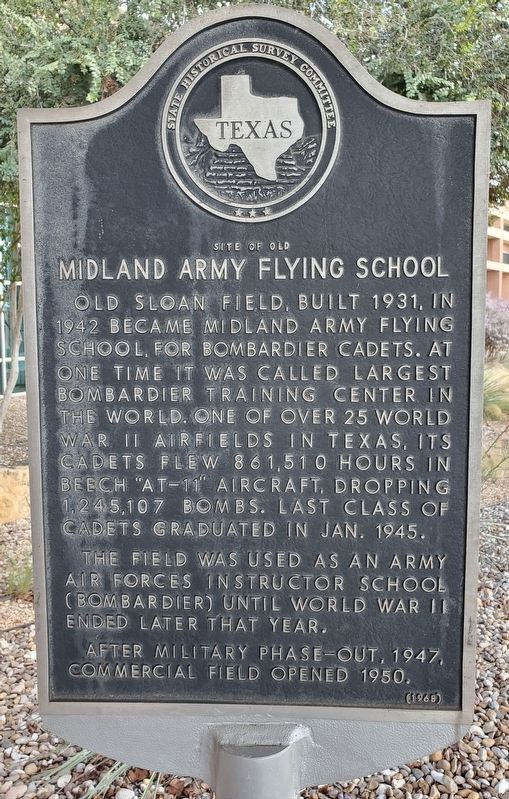 Old Sloan Field, built 1931, in 1942 became Midland Army Flying School, for bombardier cadets. At one time it was called largest bombardier training center in the world. One of over 25 World War II airfields in Texas, its cadets flew 861,510 hours in Beech "AT-11" aircraft, dropping 1,245,107 bombs. Last class of cadets graduated in Jan. 1945.

The field was used as an Army Air Forces instructor school (bombardier) until World War II ended later that year.

Other nearby markers. At least 8 other markers are within 8 miles of this marker, measured as the crow flies. Midland County (approx. one mile away); Comanche War Trail 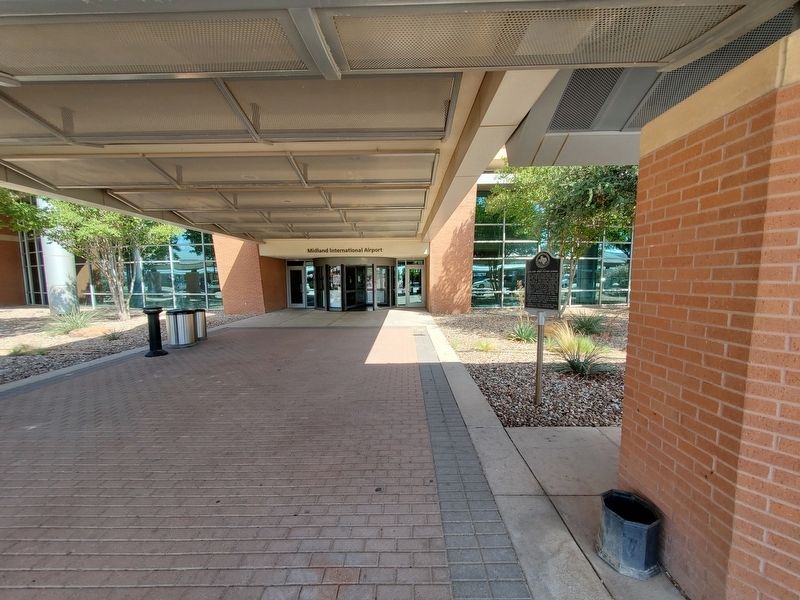