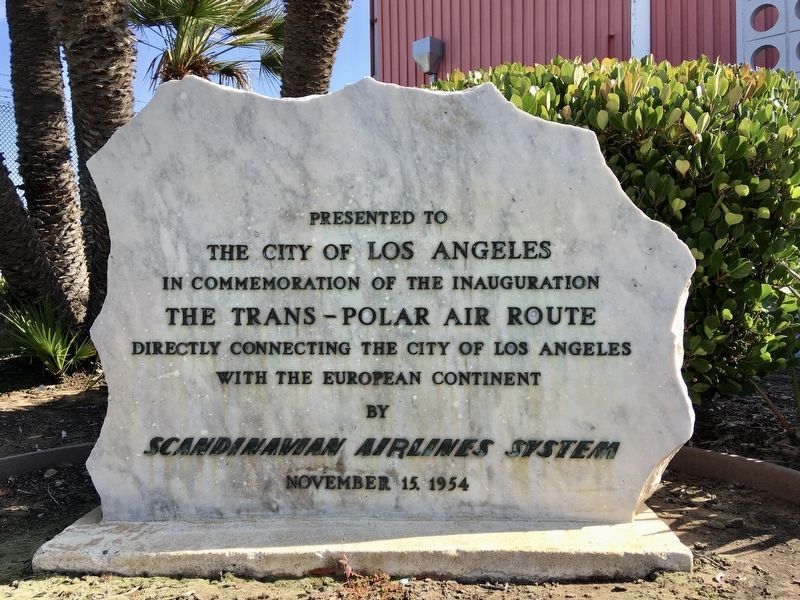 Topics. This historical marker is listed in these topic lists: Air & Space • Industry & Commerce. A significant historical date for this entry is November 15, 1954. 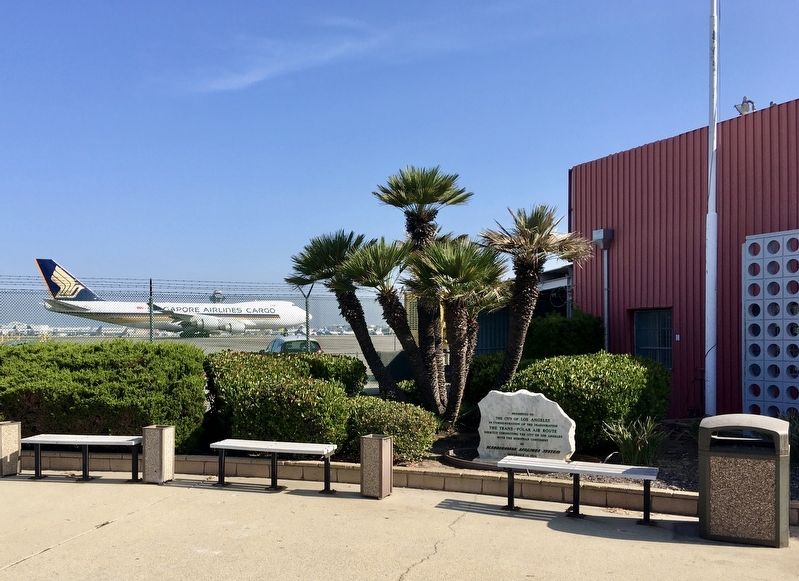 Regarding The Trans-Polar Air Route. The term "polar route" was originally applied to great circle routes between Europe and the west coast of North America in the 1950s. A great-circle distance is the shortest distance between two points on the surface of a globe. SAS was the first commercial airline to fly the polar route. Their Douglas DC-6B flights between Los Angeles and Copenhagen, via Sondre Stromfjord Greenland and Winnipeg Canada, started on November 15, 1954.

On November 19, 1952, the Arild Viking, a DC-6B, took off from Los Angeles, with 22 dignitaries on board, en route to Copenhagen. [Einar Sverre] Pedersen himself was the navigator on the trip — and he was SAS’s chief navigator on polar routes between 1953 and 1975. The first polar flight made stops in Edmonton, Canada, and 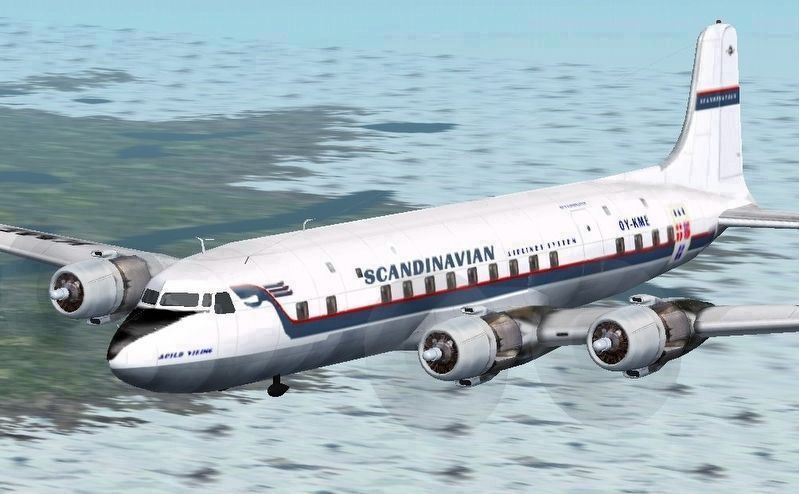 Freeware via FlyAwaySimulations.com
3. Scandinavian Airlines System Douglas DC-6B
“The DC-6B’s of SAS became famous for opening the first ‘polar’ (great circle) route from Europe to the USA, flying from Copenhagen to Los Angeles via Greenland and Canada. SAS used 14 DC-6B's in 1952-64.”
Thule, Greenland, and landed in Copenhagen 28 hours after it left Los Angeles. 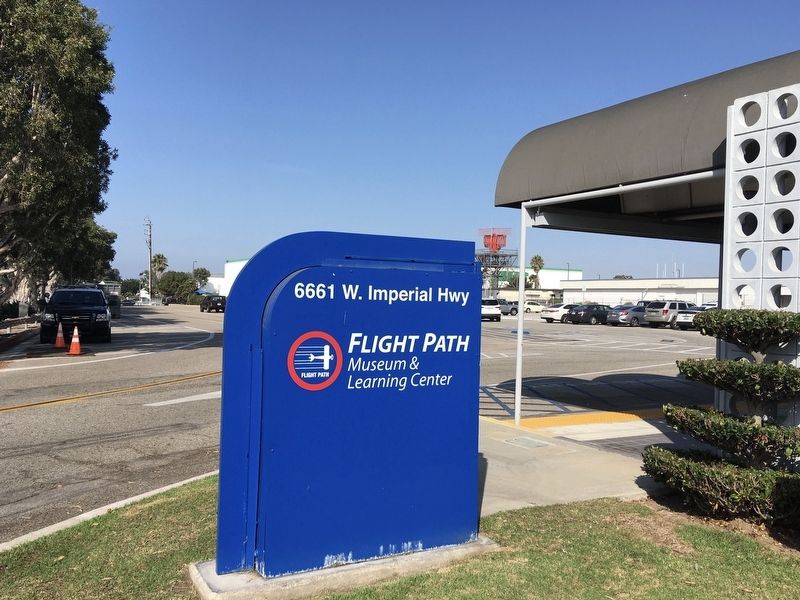 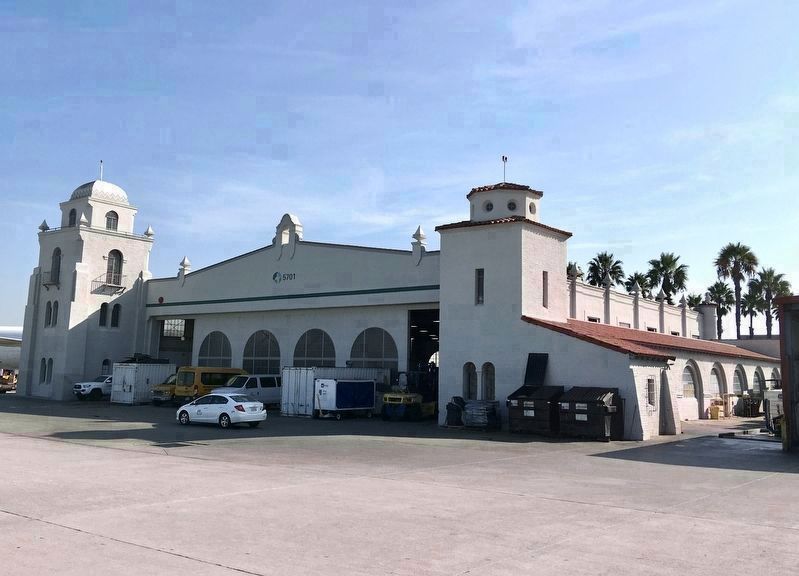 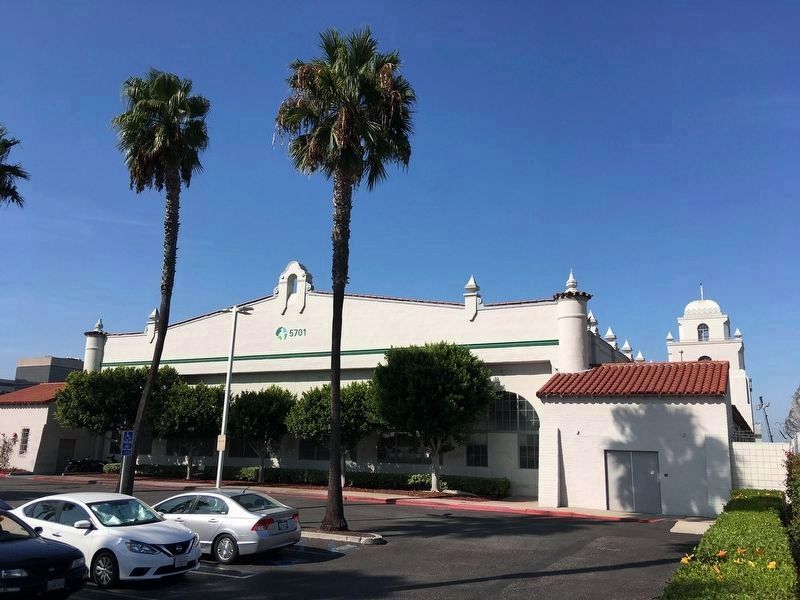 Photographed By Craig Baker, September 24, 2019
6. Hangar One
This side can be seen from the street at 5701 N Douglas St. Now a private maintenance facility, not open to the public. 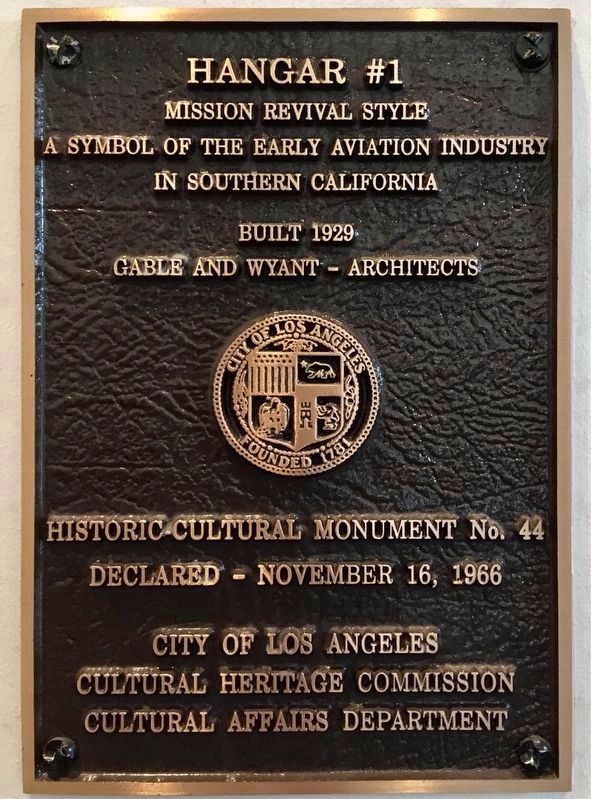 Photographed By Craig Baker, September 24, 2019
7. Marker, Inside the Hangar
Hangar #1. Mission revival style. A symbol of the early aviation industry in Southern California. Built in 1929. Gable and Wyant, architects. City Historic Monument No. 44. 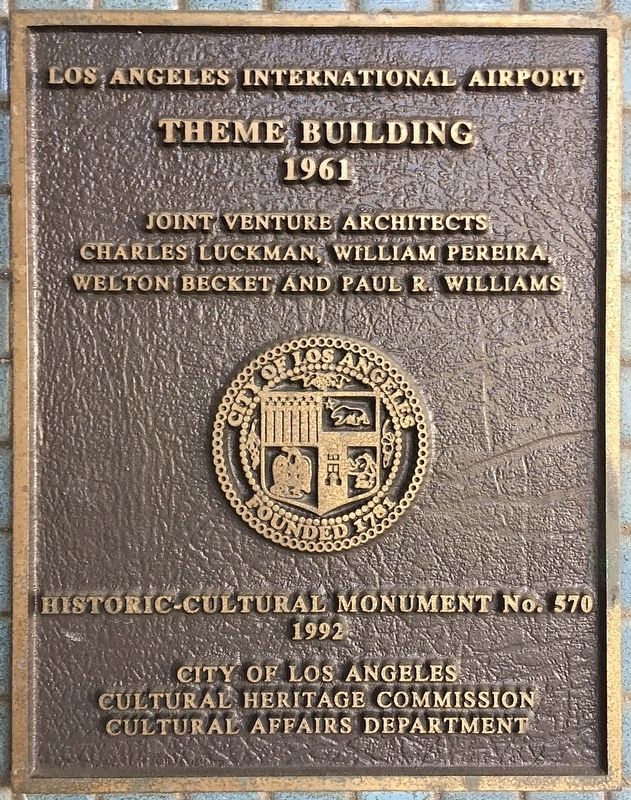 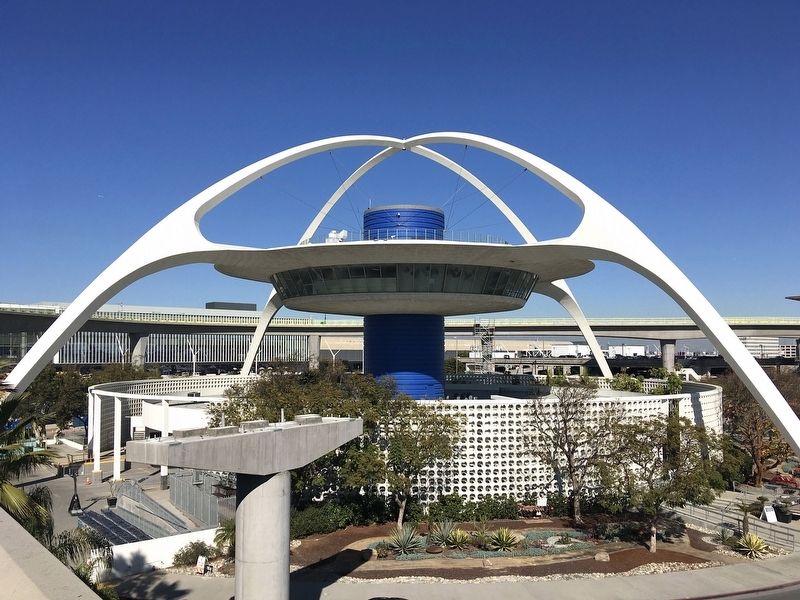