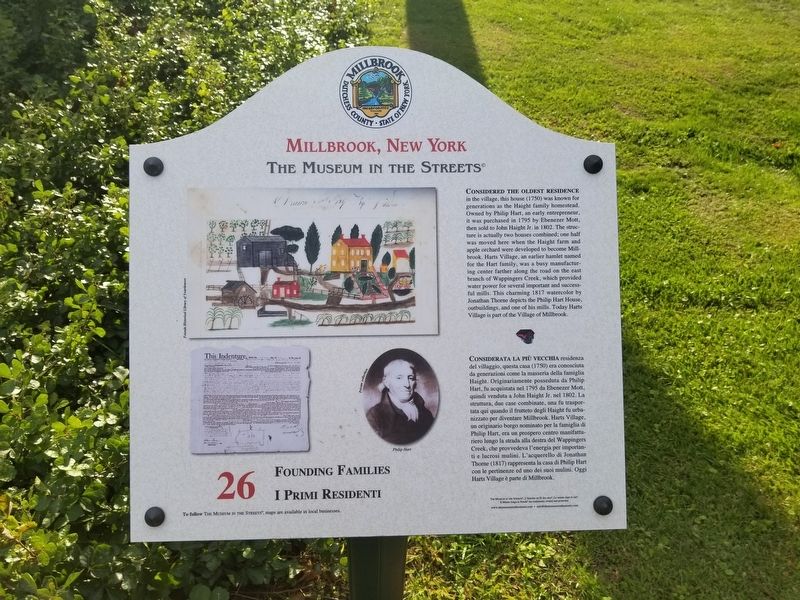 Founding Families
Considered the oldest residence In the village, this house (1750) was known for generations as the Haight family homestead. Owned by Philip Hart, an early entrepreneur, it was purchased in 1795 by Ebenezer Mott, then sold to John Haight Jr. in 1802. The structure is actually two houses combined; one half was moved here when the Haight farm and apple orchard were developed to become Millbrook. Harts Village, an earlier hamlet named for the Hart family, was a busy manufacturing center farther along the road on the east branch of Wappingers Creek, which provided water power for several important and successful mills. This charming 1817 watercolor by Jonathan Thorne depicts the Philip Hart House, outbuildings, and one of his mills. Today Harts Village is part of the Village of Millbrook. 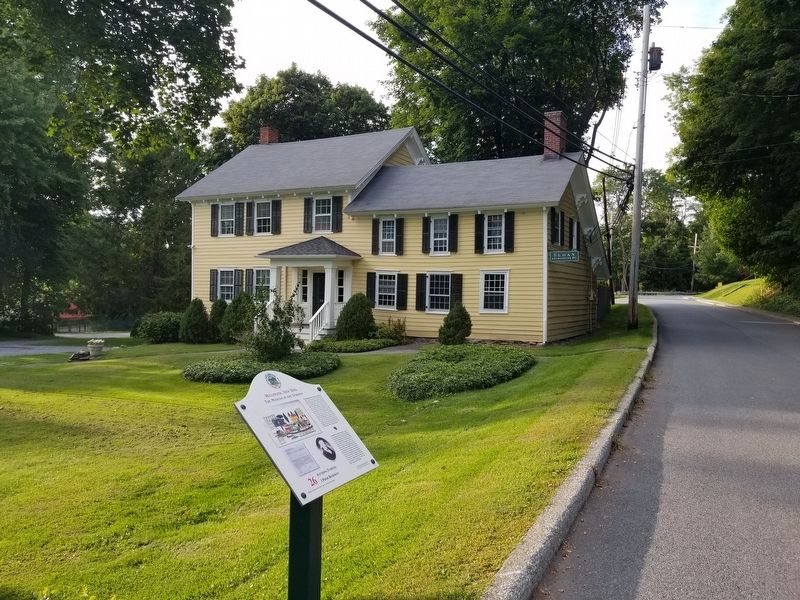 Location. 41° 47.261′ N, 73° 41.739′ W. Marker is in Millbrook, New York, in Dutchess County. Marker is at the intersection of Front Street and North Avenue, on the left when traveling north on Front Street. Touch for map. Marker is in this post office area: Millbrook NY 12545, United States of America. Touch for directions.