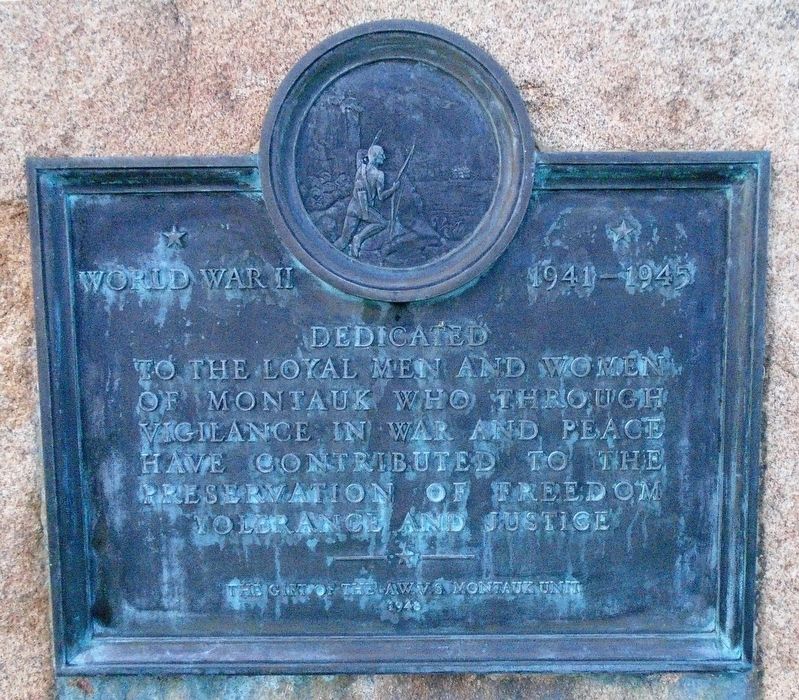 By William Fischer, Jr., September 23, 2019
1. World War II Memorial
Inscription.
Dedicated to the loyal men and women of Montauk who through vigilance in war and peace have contributed to the preservation of freedom tolerance and justice. . This memorial was erected in 1948 by American Women's Voluntary Services, Montauk Unit. It is in Montauk in Suffolk County New York