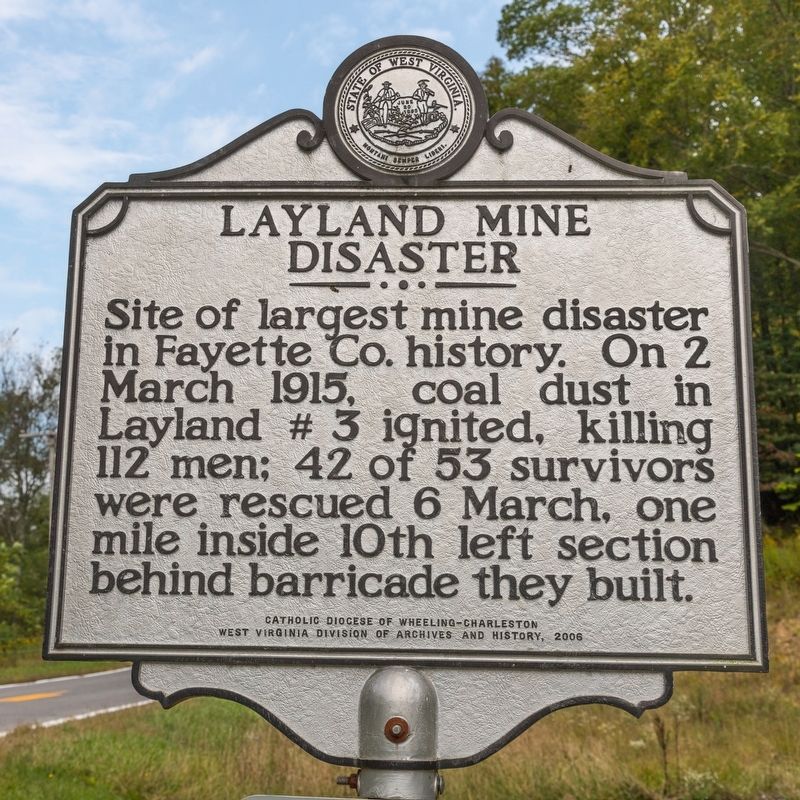 By J. J. Prats, September 14, 2019
1. Layland Mine Disaster Marker
Inscription.
Layland Mine Disaster. . Site of largest mine disaster in Fayette County history. On 2 March 1915, coal dust in Layland #3 ignited, killing 112 men; 42 of 53 survivors were rescued 6 March, one mile inside 10th left section behind barricade they built. . This historical marker was erected in 2016 by the Catholic Diocese of Wheeling-Charleston and the West Virginia Division of Archives and History. It is Near Layland in Fayette County West Virginia

Site of largest mine disaster in Fayette County history. On 2 March 1915, coal dust in Layland #3 ignited, killing 112 men; 42 of 53 survivors were rescued 6 March, one mile inside 10th left section behind barricade they built.

Erected 2016 by the Catholic Diocese of Wheeling-Charleston and the West Virginia Division of Archives and History. 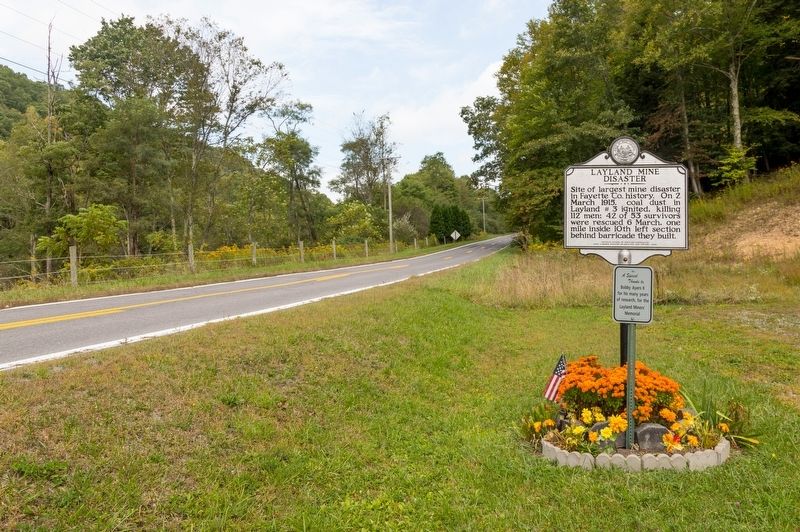 All were startled by the appearance of the first group of five to come out of the mine alive and still more surprised when told that there were 42 more live men coming behind them. The rescue workers hastened to meet them. All were coming slowly together, the weaker being supported by the stronger of the survivors. Only one man was carried out, “Dad” Whalen, aged 72, who was weak from hunger. Of course there were some wild and joyous scenes about the mine mouth. The men were taken in charge by the doctors and after a few hours treatment allowed to go to their homes.

The surviving miners were at work in the 9th and 10th entries about a mile and a half from the mine mouth when they felt the explosion. They were uninjured by the shock. Knowing the danger of attempting to force their way out Jas. Whalen, Wm. Derange and others of the more experienced men forced all hands to retreat to the 10th entry where they barricaded and bratticed themselves in a space over 200 feet long where the air was good and plentiful. A stream of water was found and the greatest suffering was occasioned by hunger. 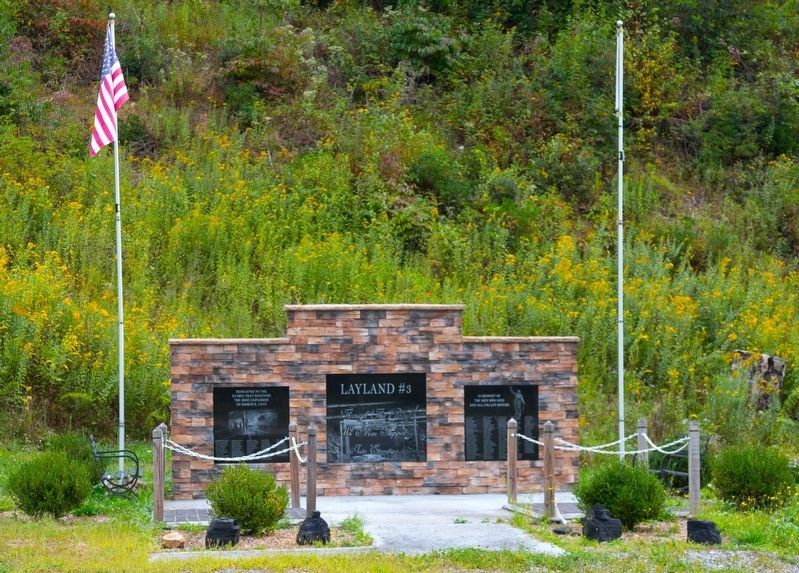 By J. J. Prats, September 14, 2019
3. Layland Miners’ Memorial
Some of the men chewed their shoe tops and bark from the mine timbers. Their dinner pails had been left in the main entry.

The mental anguish of the entombed almost caused many of them to become insane. Constant watch kept about the brattice to detect a change of air or hear some sound of rescue party. A note was shoved out in the entry telling of the location of the imprisoned miners. Rescue parties were along the main entry beyond them a number of times but never discovered them.

Credit for saving the lives of these 47 men is due, mostly to Wm. Derange and John Whalen, both young men. Derange was the hero of the Eccles disaster having saved half a dozen lives in No. 6 shaft by bratticing off a room. He had gone to work in Layland mine for the first time on the morning of the explosion. 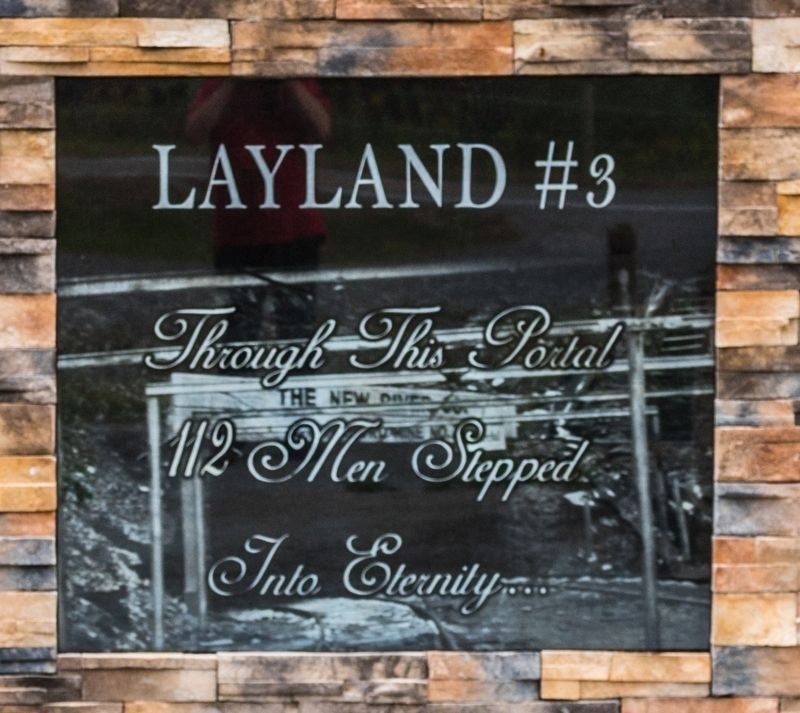 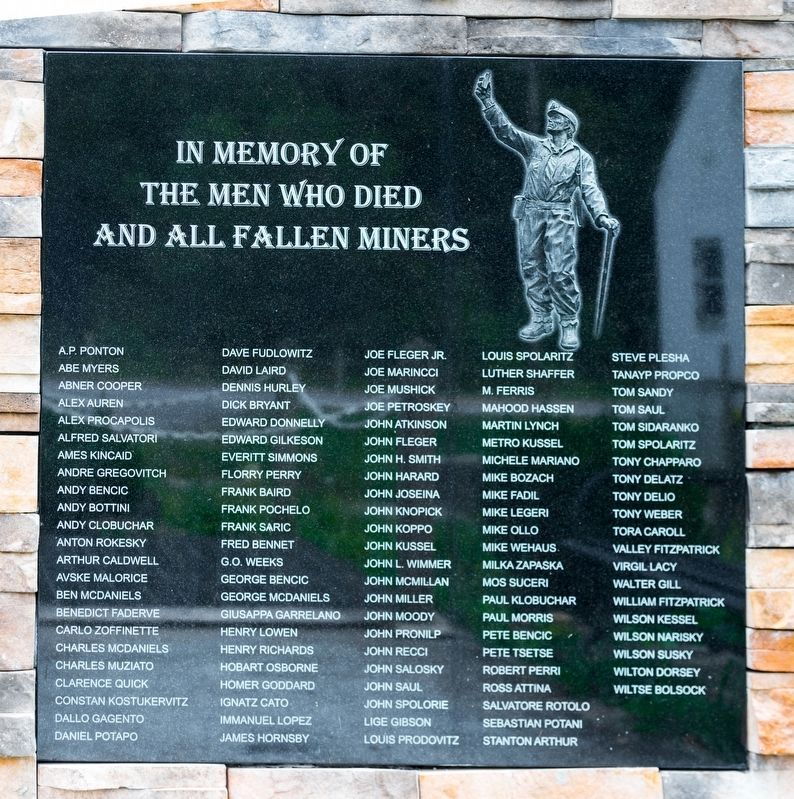 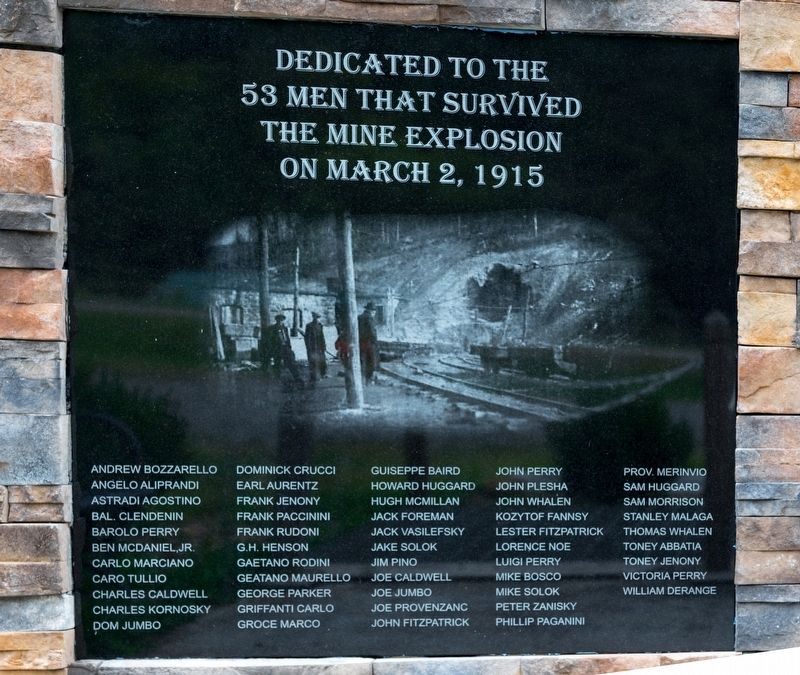