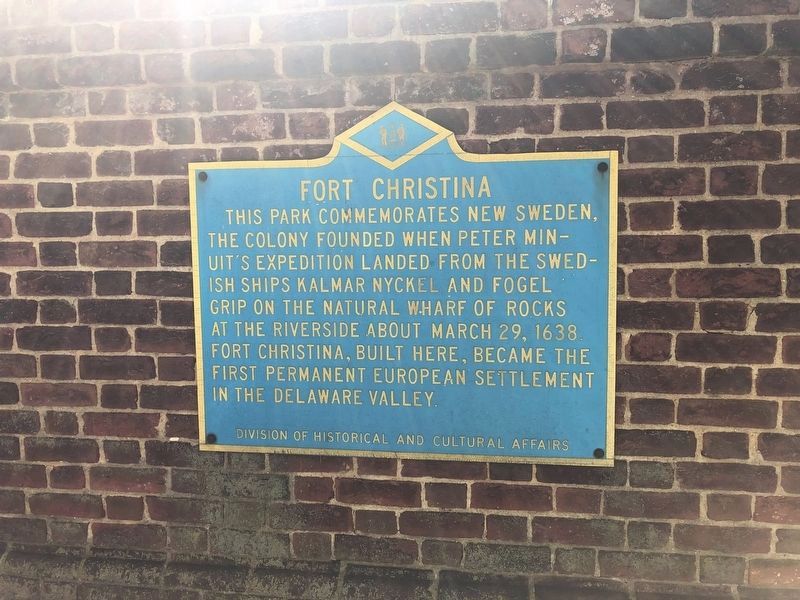 Photographed By Devry Becker Jones, May 31, 2021
1. Fort Christina Marker
Inscription.
Fort Christina-This park commemorates New Sweden, the colony founded when Peter Minuit’s expedition landed from the Swedish ships Kalmar Nyckel and Fogel Grip on the natural wharf of rocks at the riverside about March 29, 1638. Fort Christina, built here, became the first permanent European settlement in the Delaware Valley. . This historical marker was erected by Delaware Division of Historical and Cultural Affairs.. It is in Wilmington in New Castle County Delaware

Erected by Delaware Division of Historical and Cultural Affairs.

Topics and series. This historical marker is listed in these topic lists: Colonial Era • Forts and Castles. In addition, it is included in the Delaware Public Archives series list. A significant historical date for this entry is March 29, 1638.

Location. 39° 44.28′ N, 75° 32.274′ W. Marker is in Wilmington, Delaware, in New Castle County. Marker is on East 7th Street. This marker is mounted on the wall on the right inside Fort Christiana Park about 20 feet from the entrance. Touch for map. Marker is at or near this postal address: 1138 E 7th Street, Wilmington DE 19801, United States of America. Touch for directions. 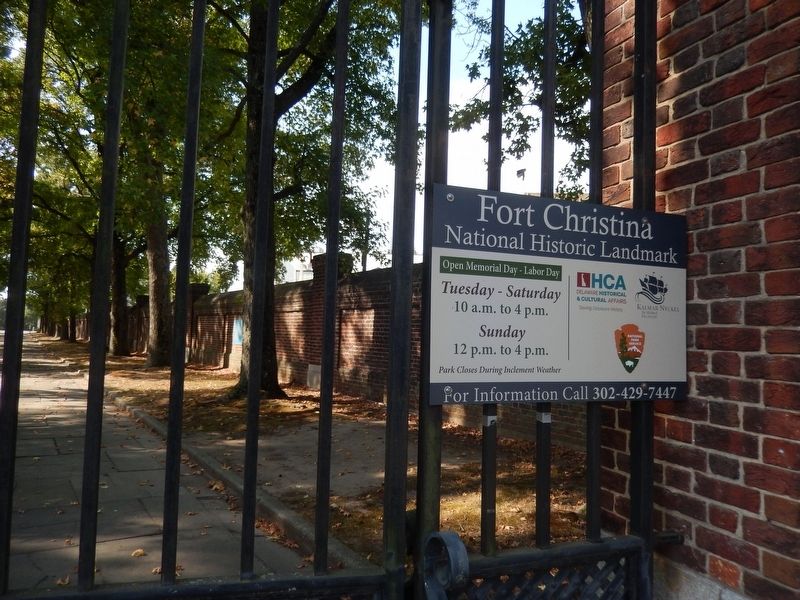 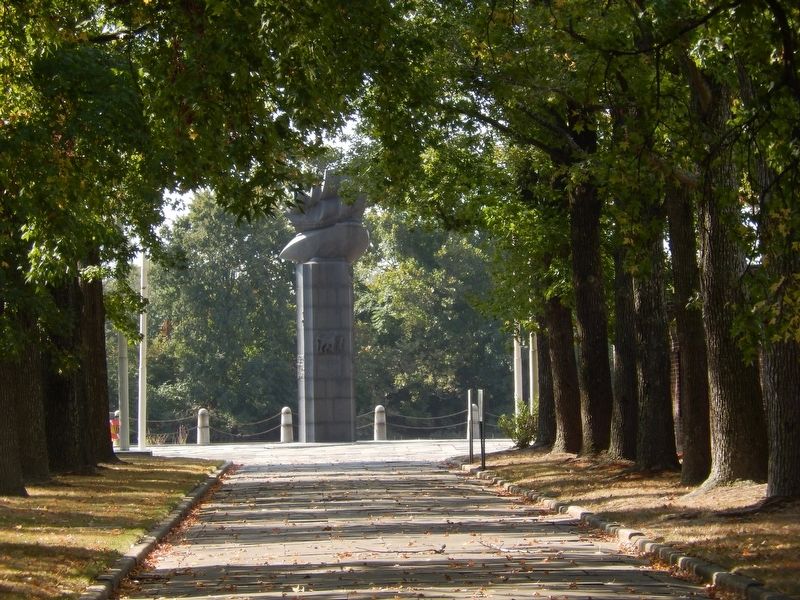 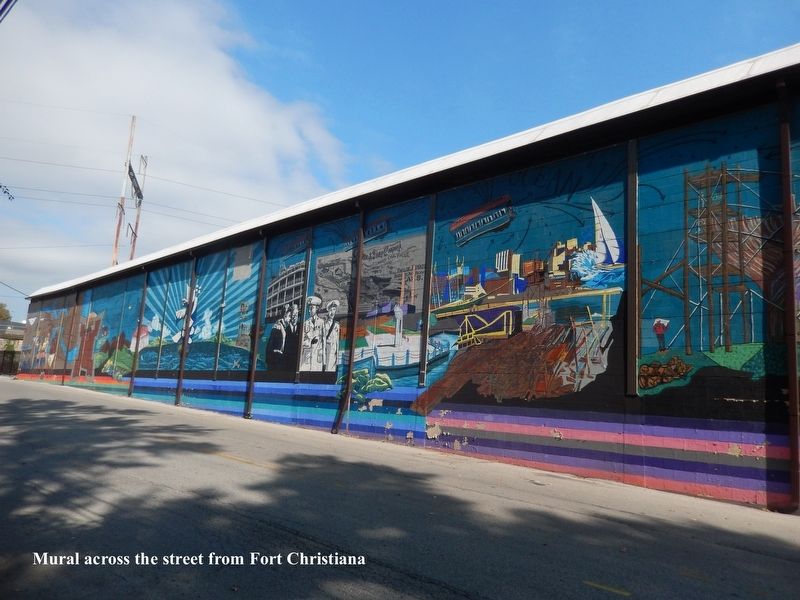 Photographed By Don Morfe, September 28, 2019
4. Fort Christina-Mural on wall across the street from the park 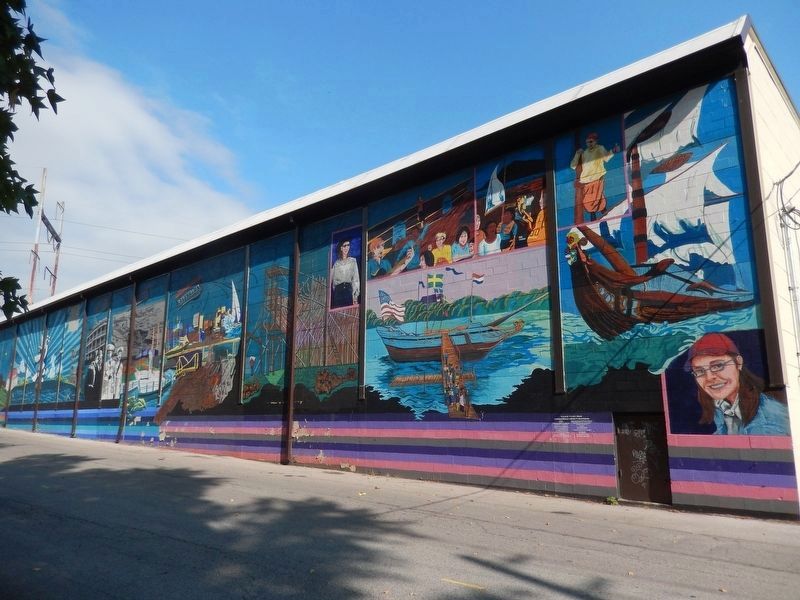