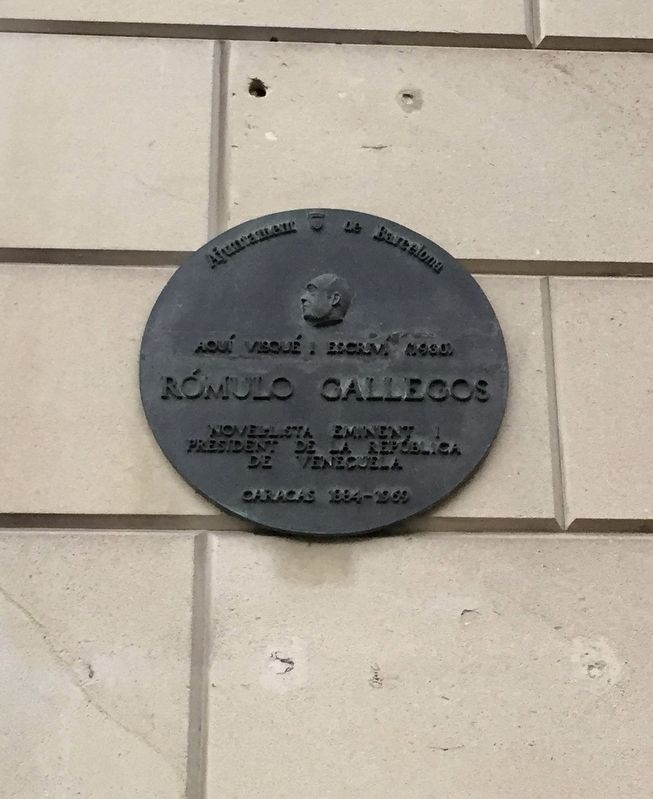 Here lived and wrote (1930) Rómulo Gallegos, eminent novelist and President of the Republica of Venezuela. Caracas 1884-1969. . This historical marker was erected by Ajuntament de Barcelona. It is in Barcelona in Barcelonès Catalonia Spain

Here lived and wrote (1930) Rómulo Gallegos, eminent novelist and President of the Republica of Venezuela. Caracas 1884-1969. 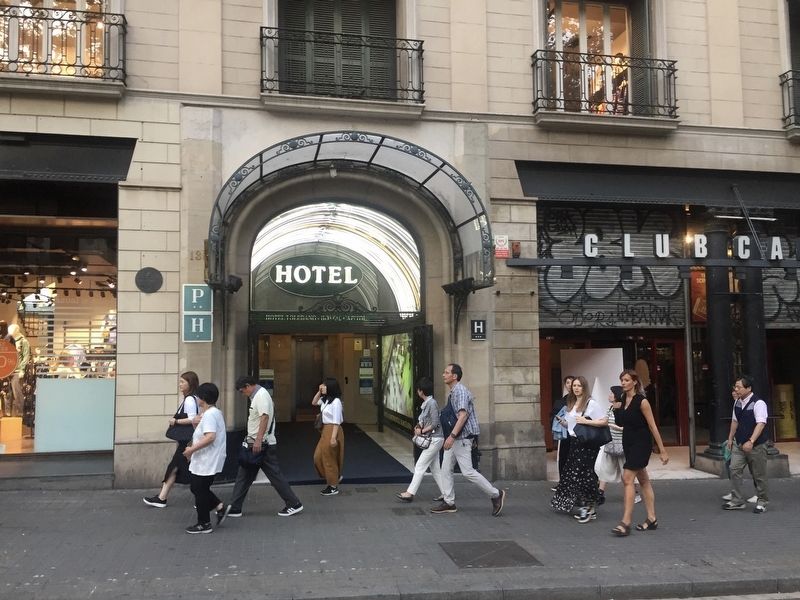 Also see . . .  Rómulo Gallegos (Wikipedia). "Rómulo Ángel del Monte Carmelo Gallegos Freire (2 August 1884 – 5 April 1969) was a Venezuelan novelist and politician. For a period of some nine months during 1948, he was the first cleanly elected president in his country's history....He began his work as a schoolteacher, writer, classical music enthusiast, and journalist in 1903. His novel Doña Bárbara was first published in 1929, and it was because of the book's criticisms of the regime of longtime dictator Juan Vicente Gómez that he was forced to flee the country. He took refuge in Spain, where he continued to write: his acclaimed novels Cantaclaro (1934) and Canaima (1935) date from this period. He returned to Venezuela in 1936..." (Submitted on October 5, 2019.)