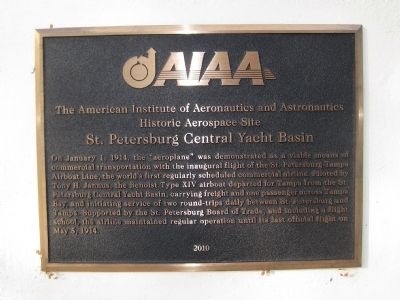 On January 1, 1914, the "aeroplane" was demonstrated as a viable means of commercial transportation with the inaugural flight of the St. Petersburg-Tampa Airboat Line, the world's first regularly scheduled commercial airline. Piloted by Tony H. Jannus, the Benoist Type XIV airboat departed for Tampa from the St. Petersburg Central Yacht Basin, carrying freight and one passenger across Tampa Bay, and initiating service of two round-trips daily between St. Petersburg and Tampa. Supported by the St. Petersburg Board of Trade, and including a flight school, the airline maintained regular operation until its last official flight on May 5, 1914.

Erected 2010 by The American Institute of Aeronautics and Astronautics. 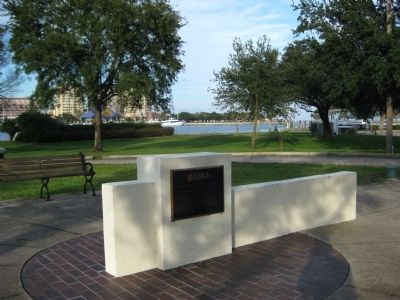 More about this marker. The marker is on a peninsula of land which divides the north and central yacht basins of the St. Petersburg Municipal Marina.

Related markers. Click here for a list of markers that are related to this marker. Several nearby markers feature details about the airline and the people behind it. 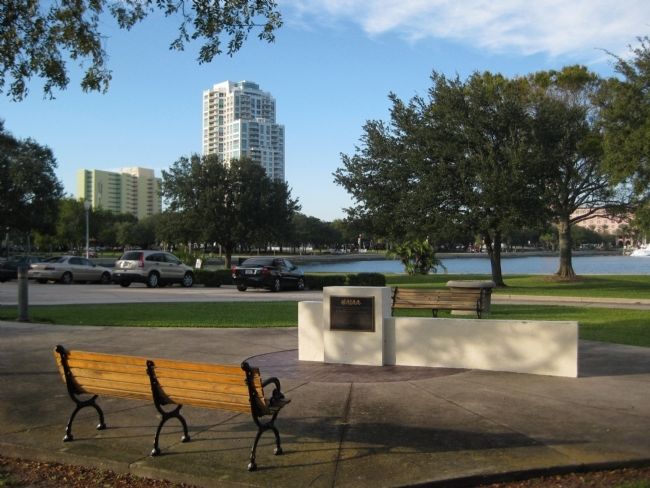 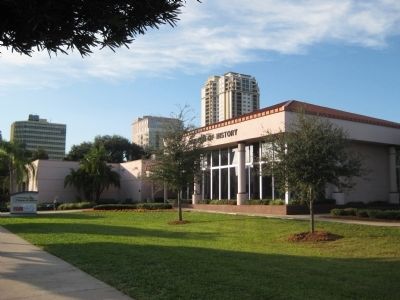 By AGS Media, December 8, 2011
4. St. Petersburg Museum of History
The marker is located outside the museum. 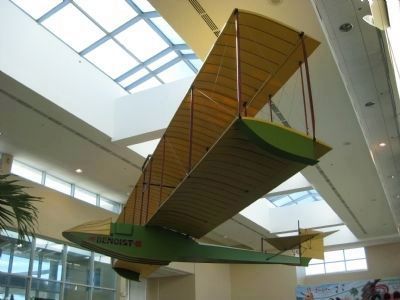