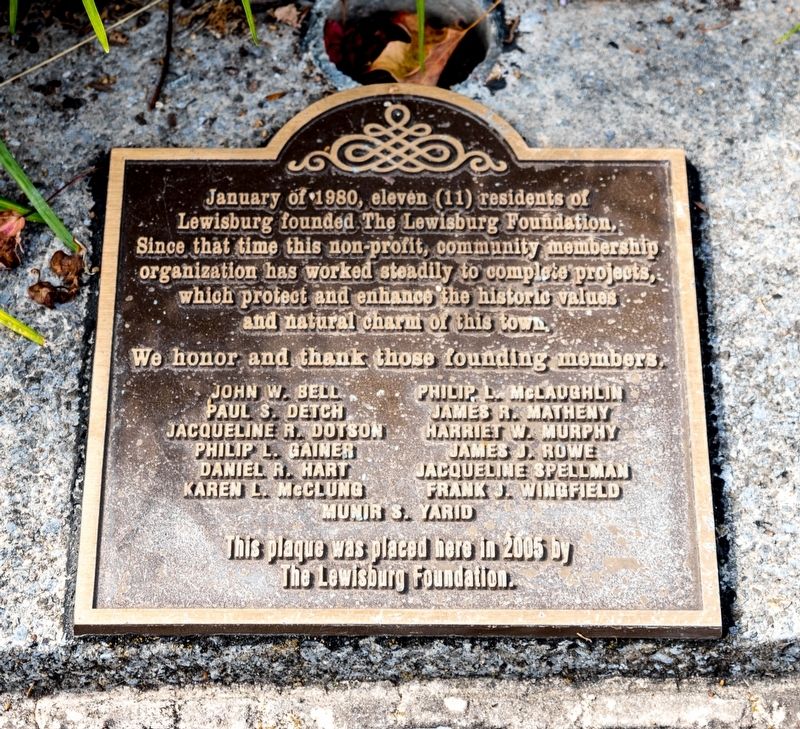 January of 1980, eleven residents of Lewisburg founded The Lewisburg Foundation. Since that time this non-profit community membership organization has worked steadily to complete projects which protect and enhance the historic values and natural charm of this town.

Erected 2005 by The Lewisburg Foundation.

Topics. This historical marker is listed in these topic lists: Charity & Public Work • Parks & Recreational Areas. A significant historical month for this entry is January 1980. 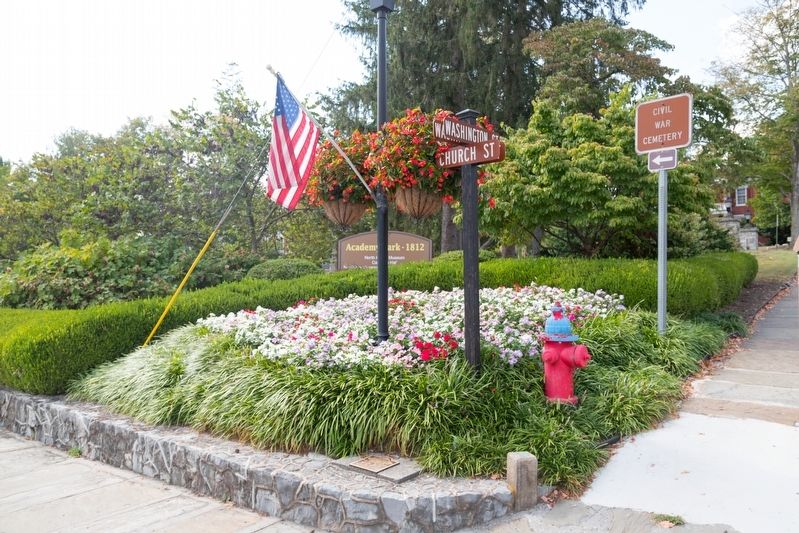 Photographed By J. J. Prats, September 14, 2019
2. Washington and Church Streets at Academy Park
The tablet is on the stone ledge facing Church Street.