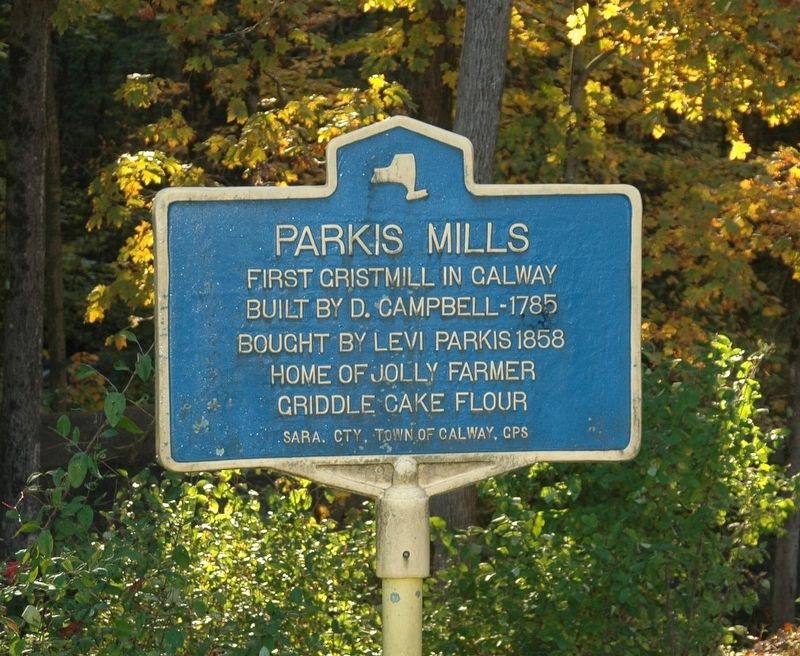 Regarding Parkis Mills. "The property was originally owned by Daniel 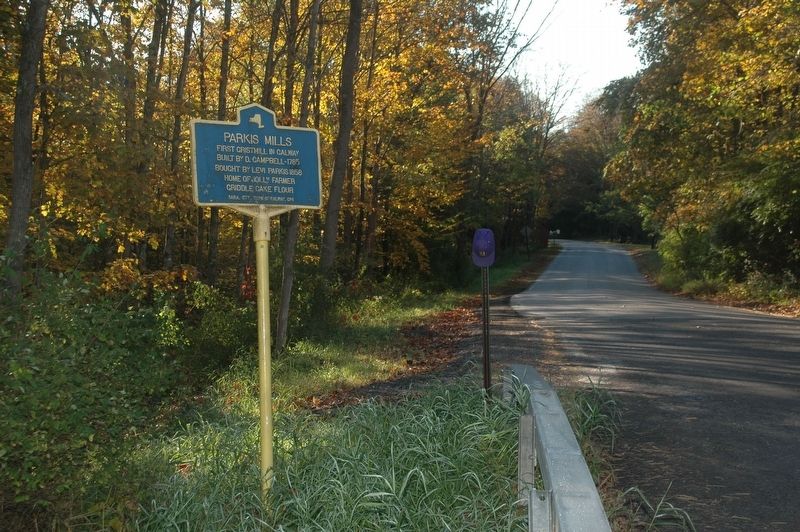 By Howard C. Ohlhous, October 5, 2019
2. Parkis Mills Marker
The view is south along Parkis Mill Road.
Campbell, who built a water-powered grist mill [circa 1785] that capitalized on the elevation drop along Glowegee Creek. After Campbell sold the property, it passed through several hands before being purchased by Levi Parkis in 1858. Parkis ran the mill as a one-man operation, grinding corn, wheat, oats, rye, and buckwheat into flour. His son Edward took over the operation before it burned to the ground in 1888. Edward rebuilt the mill as a three-story structure with an attached store, selling a variety of products in addition to a pancake mix called Jolly Farmer Griddle Cake Flour. [The business moved to Ballston Lake in 1926] After Edward died, his son Henry continued the business until it finally closed in 1931. The vacant structure was burned by the Galway Fire Department in 1980 to eliminate it as a target for vandals." - Galway Preservation Society Journal, Volume 19, Issue 9, May 2016 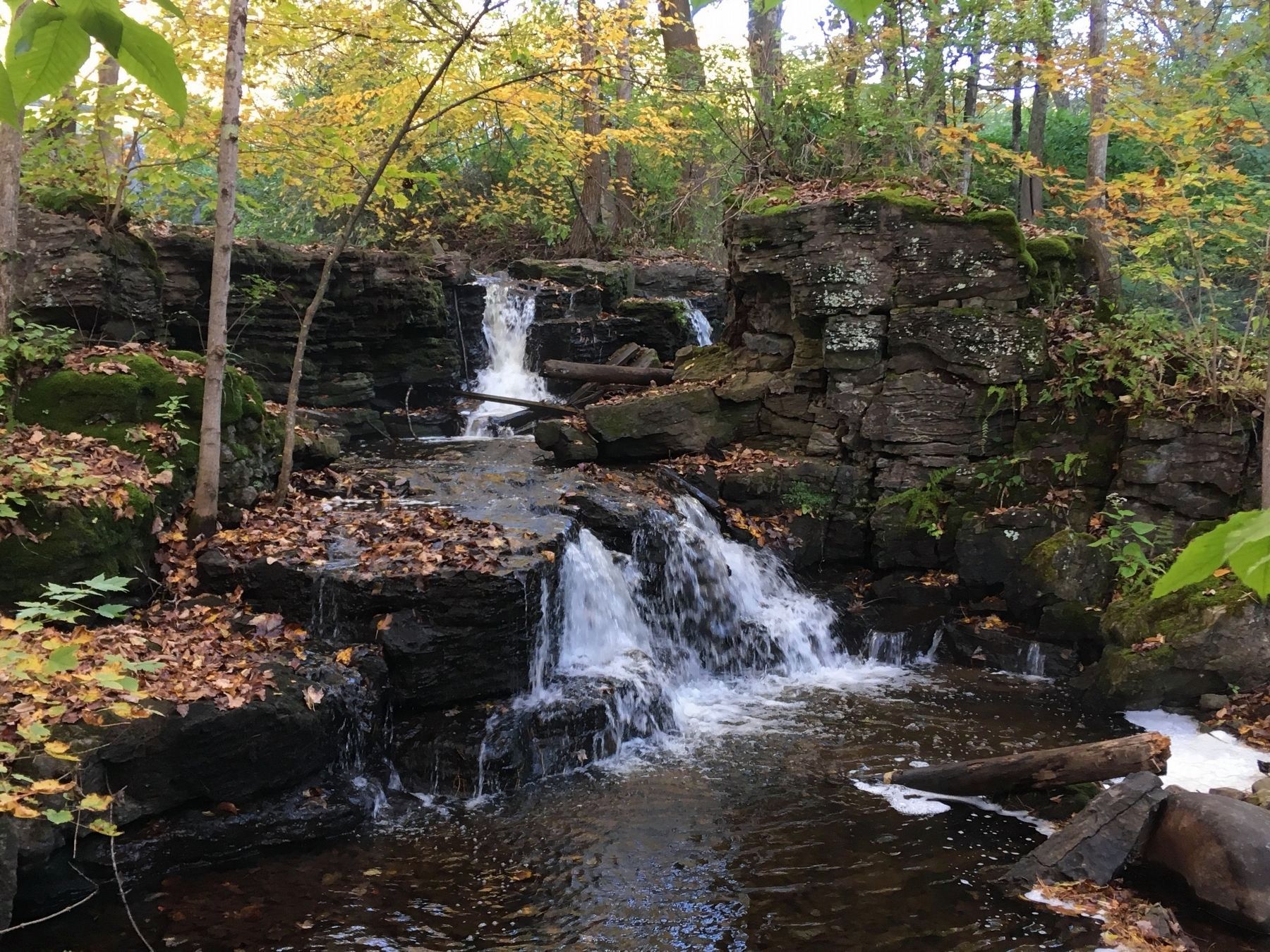